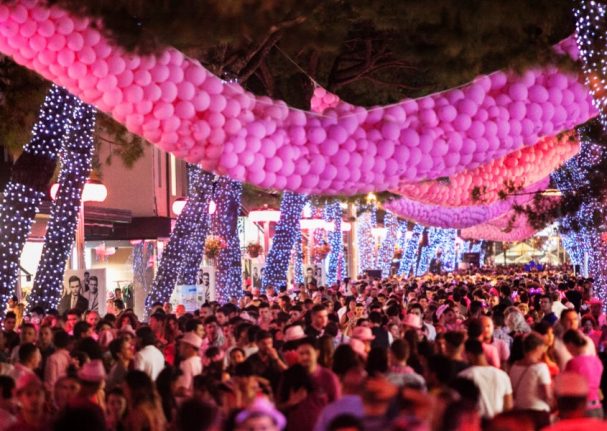 So if you fancy seeing something a bit different on your next trip to Italy, here's our round up of some of the country’s quirkier festivals and their dates for 2019.

What more romantic way could there be to celebrate Valentines’ Day than in Verona? Famous as the setting for Romeo and Juliet, Verona holds a celebration of romance for several days in February with its streets and squares filled with live concerts and markets. There are also foodie events and cut-price entry to some attractions, including Juliet’s house.

This Renaissance town in the province of Modena is famous for its cherry trees, and if you’re a fan of cherry blossom then you’ll want to visit in late March or early April. As the trees bloom, the town is taken over with a programme of parades, concerts, exhibitions, special restaurant menus and various other activities to enjoy. This long-established but still unique race attracts thousands of vintage car lovers to Italy every year. A selection of vintage cars travel no-stop from Brescia to Rome and back, with crowds greeting them at numerous Italian towns along the way.

In 2019 the cars will leave Brescia on 15 May and they will arrive in Rome on Thursday 16 May. They will be then back in Brescia on Saturday 18 May, where an awards ceremony will be held. I you’re heading to Sicily this summer, you have the chance to see classical Greek theatre performances in the magical atmosphere of the Greek Theatre in the town of Siracusa. This year’s programme includes plays by Euripides and Aristophanes.

As the southern region of Puglia bakes in high temperatures at the end of August, dancers and musicians come together to celebrate the pizzica tarantata, a kind of upbeat, frantic music and dance that originated in the middle ages. It’s said to have been how women in the middle ages would vent the frustration and “madness” they felt at being oppressed by a strict patriarchal culture. As a cover, they said it was poisonous spider bites making them so miserable.

This is now one of Europe’s most important traditional music festivals, with itinerant performances in villages around the region throughout August ,before a final concertone, or grand concert, that attracts some 200.000 visitors from all over the world. For one night in June the town of Lungarno is lit by thousands of candles in special glass and wood frames, creating a magical atmosphere for the Luminara of San Ranieri, one of the region’s biggest events.

The Luminara of San Ranieri in Pisa is considered one of the major events of the summer of the city and of the entire region. On the evening of the 16th June (the eve of the Patron Saint festivity, San Ranieri) the highlight the outline of the palaces, of the bridges, of the churches and of the towers reflecting the river.

Italy is home to a few big music festivals but the Summer Jamboree, held in Marche, is one of the more unusual ones.

Completely dedicated to American music and culture from the ’40s and ’50s. Live concerts and markets selling retro gear and vinyl attract crowds of enthusiastic fans from all over Italy and the world. There’s also a ‘40s and ‘50s classic car show.

In summer a 170 kilomtre stretch of the Riviera, along the Romagna and Marche coastline, from the Lidos of Comacchio to Senigallia, turns pink from sunset until dawn.

Every town interprets the theme in a different way, competing to be the most creative and original, putting on shows, theatre performances and other events. Rimini usually has the biggest party of all. Why pink? No one really seems to know. The tourist board says it’s the colour that best represents the Riviera. Either way, this all-night party is always a lot of fun.