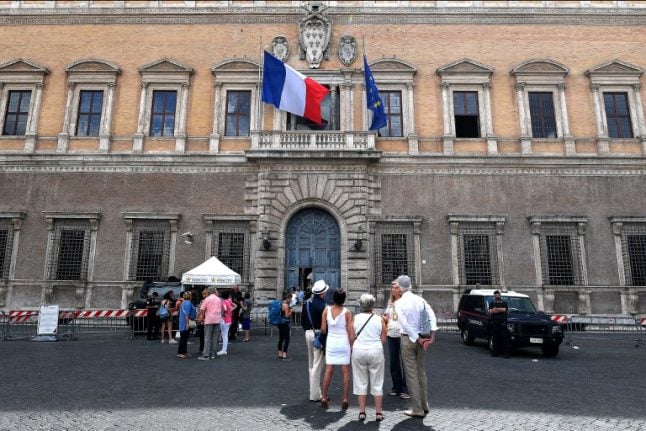 “For several months France has been the subject of repeated accusations, unfounded attacks and outlandish claims,” the ministry said in a statement, calling them “unprecedented” since the end of World War II.

Tensions between Paris and Rome have escalated since June when the anti-establishment Five Star Movement and far-right League party came to power in Italy in a coalition government.

Senior officials in the coalition have done away with diplomatic niceties in their criticism of President Emmanuel Macron, who has made no secret of his goal to combat populist movements among EU members.

He said the aim was to prepare a common front for European Parliament elections in May, while boasting on Twitter that “the wind of change has crossed the Alps.”

“The most recent interferences constitute an additional and unacceptable provocation. They violate the respect that is owed to democratic choices made by a nation which is a friend and an ally,” the foreign ministry said.

“To disagree is one thing, to exploit a relationship for electoral aims is another,” it added.

The “yellow vest” protests against fuel taxes began in rural and small-town France in November, but have ballooned into a wider revolt against Macron's policies and governing style.

Di Maio had already denounced the French government for protecting the elite and the privileged, saying “a new Europe is being born of the 'yellow vests', of movements, of direct democracy.”

“I hope the French will be able to free themselves of a terrible president,” Salvini said in a Facebook video last month.

“The opportunity will come on May 26 (the European elections) when finally the French people will be able to take back control of their future, destiny, (and) pride, which are poorly represented by a character like Macron”, he said.