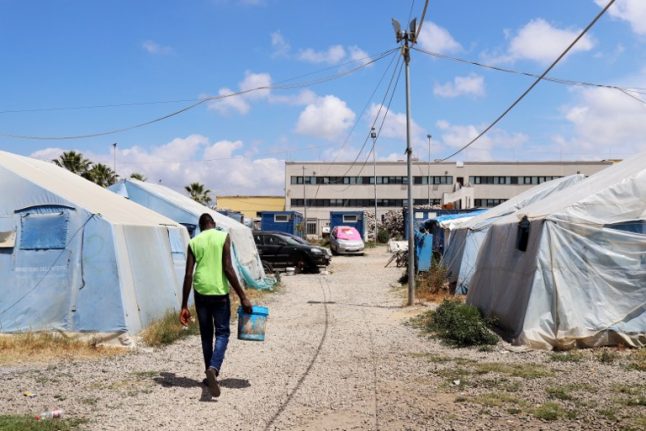 Bulldozers tore through the San Ferdinando shanty town in Calabria under the watch of 600 policemen.

Four migrants have died in the camp in the past year in fires, caused either by arson attacks or accidents, according to Italian association Doctors for Human Rights (MEDU).

The death in February of Moussa Ba, a 29-year-old from Senegal whose body was found in a caravan after a fire, prompted the government to announce the overcrowded and dirty camp would be razed to the ground.

San Ferdinando, which sits on the outskirts of the city of Rosarno, was home to over 1,500 people who scrabble to find work largely in the area's orange and olive groves.

Most worked illegally for local farmers for pittance pay.

Some of the migrants left after the government said the camp would be closed. The last 900 or so quit their shacks overnight Tuesday or were moved on early Wednesday by police.

Interior Minister Matteo Salvini, who is also head of the far-right League, had said the migrants would be relocated to reception centres, but several told Italian media that they still did not know where they would be housed. Many feared they would be taken far from the farms where they work. It is not the first time the camp has been officially dismantled.

The prefecture in Reggio Calabria said today that it would take “all measures necessary” to stop the camp – which some years ago was home to around 5,000 people – from springing up again.

MEDU slammed the closure decision “without taking into consideration either the individual rights of the migrant workers, nor the long-term commitments made by regional and local institutions and associations to promote social integration”.

The San Ferdinando camp is notorious for the climate of tension between seasonal workers – many from sub-Saharan Africa – security forces and local residents, and has been the scene of repeated clashes.

Doctors Without Borders in 2010 fiercely condemned attitudes towards the migrants, saying conditions in the San Ferdinando camp and others in Italy were often worse than in refugee camps in Africa.