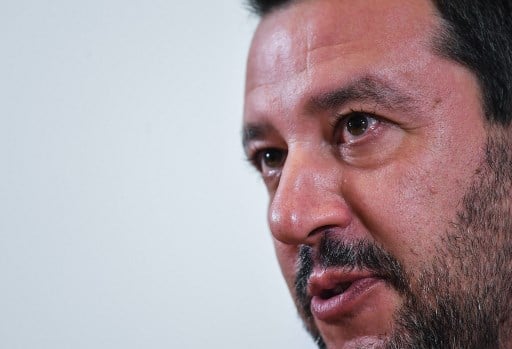 The “memorandum of understanding” with China, officially supporting Beijing's massive Belt and Road Initiative (BRI), will be signed during the visit of Chinese President Xi Jinping to Rome on March 20, the Italian Undersecretary of Foreign Affairs said on Monday.

But Italy's coalition government faces another split over the issue, with League leader and Interior Minister Matteo Salvini, telling reporters in Milan on Monday that the deal could mean foreign companies “colonising Italy.”

“It it's a matter of helping Italian companies to invest abroad we are willing to talk to anyone,” Salvini said.

“If it's a question of colonising Italy and its firms by foreign powers, no,” he said, adding that this was “the position of the whole League”.

However, his government coalition partners in the populist Five Star Movement (M5S), who are supporting the accord, said Industry Undersecretary Michele Geraci, also of the League, “strongly supports the agreement” and told news agency Ansa there was an internal split in the League, rather than a split between the two parties.

Salvini's words echoed concerns voiced by the United States and other Western countries that the ambitious infrastructure project could be a Trojan horse for Chinese expansion.

Di Stefano pointed out that the memorandum is “not binding” and “does not have the status of an international agreement.”

Neither, he said, does it concern the telecoms sector, access to which critics fear could allow China to create “backdoors” allowing Beijing to spy on Western countries.

Tha US had already spoken to Rome about security fears around Chinese technology company Huawei.

The Chinese BRI plan is often called the “New Silk Road” as it aims to revive and extend the ancient trade routes.

READ ALSO: Prada looks to China for growth after rough year for sales