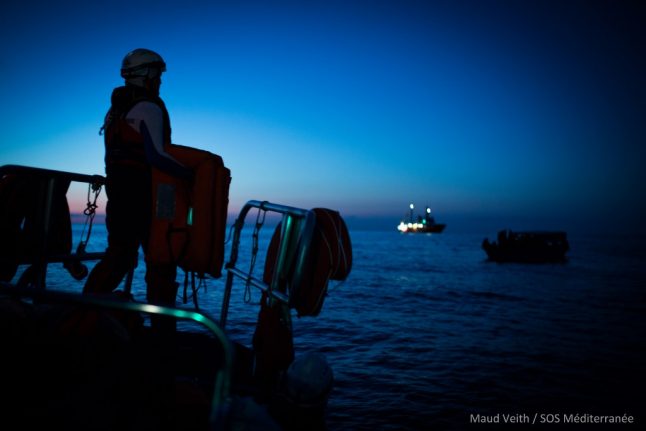 Thirty-six people picked up from a floundering boat off Libya by a navy patrol boat on Thursday were brought to Sicily after four European countries agreed to host some of them.

Another 30 people rescued in a separate operation by the Mare Jonio charity ship, including two pregnant women and a one-year-old girl, disembarked on the Italian island of Lampedusa.

The interior ministry, which originally said Italy's ports were closed, impounded the Mare Jonio and said it would open an investigation into aiding illegal immigration against Mediterranea, the collective that charters the ship.

The vessel was impounded once before in March after bringing rescued migrants to Italy, but released after a week. The Italian coast guard ruled declared the vessel unsuitable for rescues last month.

“The 30 people shipwrecked are about to disembark in Lampedusa… They're safe, that's the main thing,” said Mediterranea in a tweet.

Meanwhile reports said some 70 people had drowned in another shipwreck off the coast of Tunisia on Friday afternoon.

At least 70 #migrants drowned today off the coast of #Sfax/#Tunisia in a shipwreck . The boat most probably departed from Libya and the number of deaths could rise. Rescue operation is still ongoing. 16 people were rescued by fishermen.https://t.co/RpGgITHRuA

Charity ships have drawn fire from Rome by attempting on occasion to stop migrants being taken back to crisis-hit Libya, which human rights organisations say is not safe for repatriations.

After Italian concerns that recent violence in Libya will spark an exodus of people determined to seek safety in Europe, Salvini has warned Italian ports are closed to those attempting perilous Mediterranean crossings.

Last August, dozens of migrants aboard the Italian coastguard vessel Diciotti were stranded in a Sicilian port before Salvini allowed them to disembark saying several bishops had agreed to take them in. An accord was reached with the Catholic Church to have Ireland and Albania take some of the migrants.

Salvini faced a judicial investigation into his role in the initial stand-off, but the Italian senate blocked a criminal case against him.

The UN High Commissioner for Refugees and the International Organization for Migration meanwhile urged “international solidarity” to be shown to the 36 migrants, adding that returning the group to Libya in its current volatile state would violate international law.