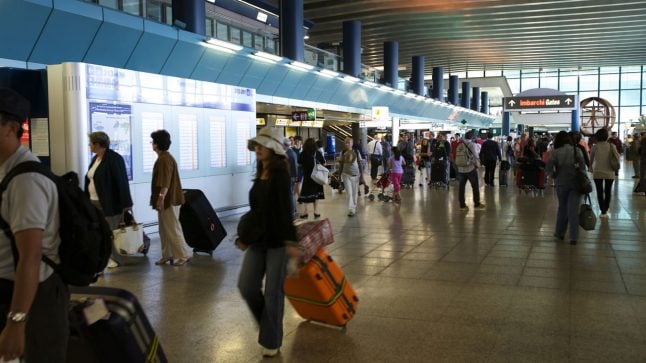 The airport, which is the gateway to Italy for many long-haul travellers, was recognised for its “outstanding levels of quality” in service and infrastructure, according to a press release.

Just five years ago the airport came bottom of the table for quality, and it was becoming known for disruption and incidents including a major fire in 2015 which seriously damaged Terminal 3 and temporarily reduced the airport's capacity by 40 percent.

The airport has turned things around thanks to an overhaul of infrastructure and services, management said.

Last year Fiumicino was also ranked as the world's most improved airport by ACI.

Aeroporti di Roma, the company running both Fiumicino and the smaller Ciampino airport, said ACI judges were impressed by “the terminal’s efficiency and focus on managing security, as well as how it worked closely with its airlines and continuosly monitored its performance and environmental targets.” The airport now has one of the best rates of on-time departures in Europe, it added.

This time, Fiumicino came top of the ACI table of 20 European airports with over 25 million passengers, judged on service quality, technological innovation and infrastructure efficiency.

It beat finalists including Copenhagen, Dublin, London Gatwick, and Vienna.

The winners in other airport categories were Cork, which was the best airport with less than five million passengers; Bilbao with five to 10 million, and Lyon-Saint Exupéry with 10-25 million.

In 2018, ADR recorded 48.8 milion passengers travelling to and from more than 230 worldwide destinations with some 100 airlines operating through the two Rome airports.