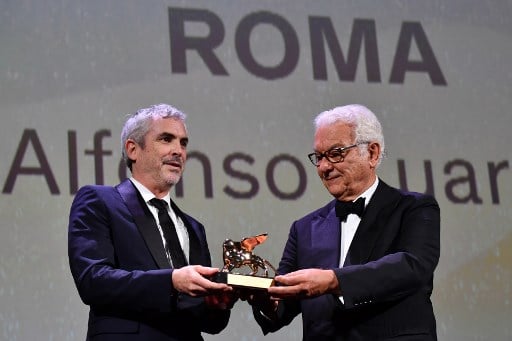 21 films will be vying for the Lion d'Or at this year's Venice Film Festival, although only two by women made the cut.

This, coupled with the presence of controvrsial director Roman Polanski, was too much for some women in the film industry after the lineup was announced on Thursday.

I think the gender imbalance coupled with the Polanski is really a hurdle for me to be honest. We're at a point now where it just shouldn't be acceptable and the Polanski is just like rubbing salt into that.

1 rapist. 2 women directors in competition #Venezia76. What else am I missing?

Last year the festival was slammed for its “toxic masculinity” by female members of the film industry after it selected just one film directed by a woman for the second year running.

But Venice Film Festival director Alberto Barbera insisted the festival was representative of the “feminine condition”.

“Numerous films this year deal with the theme of the feminine condition in the world which, even when directed by men, reveal a new sensitivity, proof that the scandals of recent years have left their mark on our culture,” Barbera said as he presented the lineup in Rome.

Last year, Barbera said he would “rather quit” than give in to pressure for a quota for women after the Cannes, Toronto and Locarno festivals pledged themselves to gender equality Hotel Excelsior on the Venice Lido, where the annual Film Festival is held. Photo: AFP

The film tells the tale of a French cinema star whose decision to publish her memoirs prompts a mother-daughter reunion which turns fiery.

Many US stars and big Hollywood productions feature at the festival, seen by many as a springboard for Oscar success.

Brad Pitt stars in the highly-anticipated “Ada Astra”, a science fiction film directed by James Gray about an astronaut travelling the solar system in search of his father.

Robert de Niro will attend the premier of “Joker”, directed by Todd Phillips and tracing the origins of Batman's famous enemy, with the grimacing superclown played by Joaquin Phoenix.

Steven Soderbergh's “The Laundromat” will also be shown, a thriller about the Panama Papers investigation starring Antonio Banderas, Gary Oldman and Meryl Streep.

Polanski fled to France in 1978 after admitting the statutory rape of a 13-year-old girl in the US.

The 85-year-old has been living in the country ever since as a fugitive from the US justice system, despite repeated attempts to have him extradited.

READ ALSO: Where to catch outdoor cinema in Italy this summer