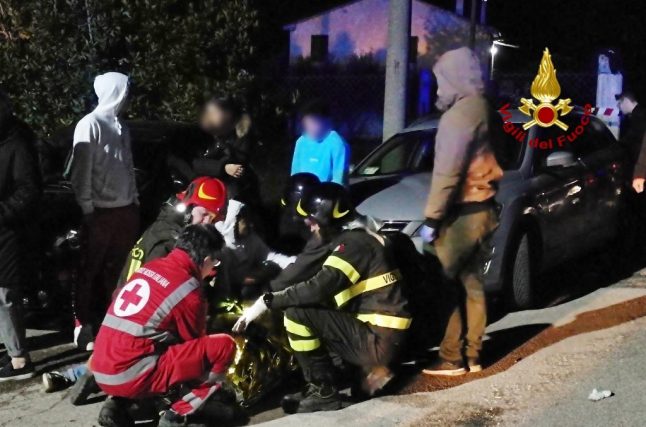 Six of the group are accused of using a pepper spray-like substance at the venue in the town of Corinaldo, near Ancona, in December last year in a bid to take advantage of the disorder and steal valuables, said Chief Prosecutor of Ancona, Monica Garulli, who is in charge of the investigation.

“They are youths aged between 19 and 22 who took advantage of busy concerts to commit the crimes by using an irritant spray,” Garulli said.

The seventh is accused of receiving stolen goods.

The victims included three girls and two boys, aged between 14 and 16, and a 39-year-old woman who accompanied her daughter to the club.

Some 120 people were also injured.

The force of the fleeing crowd made a railing collapse near the concert exit and dozens of people fell, crushing those at the bottom of the pile, an initial investigation found.

Far-right Interior Minister Matteo Salvini said: “We promised a serious and rigorous investigation to hold those responsible for this tragedy… Hope that justice will send all of them to prison, without sentence reductions or mitigating circumstances.”