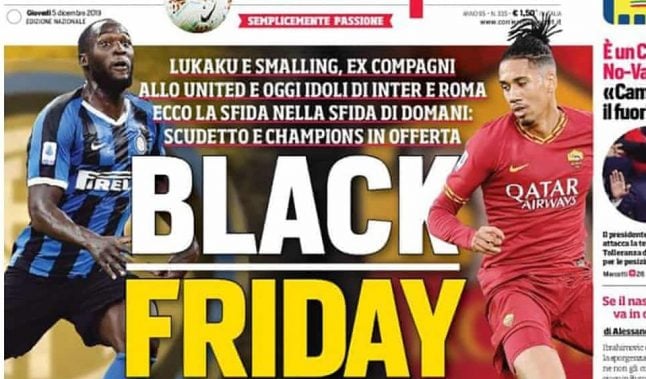 The two former Manchester United teammates now play for Italian clubs Inter and Roma, and will be facing each other on Friday.

The newspaper responded to heavy criticism from clubs, sports writers, commenters and the public over the headline by insisting the front page was “celebrating diversity.”

The article praised the two players for taking “strong positions against racism”, but Smalling’s club, Roma, tweeted that “not a single soul” would think the headline was a good idea.

Not a single soul:

The club's chief strategy officer Paul Rogers told AFP the choice of headline was “terrible” although the article itself was “positive”.
“Unfortunately, as we've seen on social media, more people will see that ill-judged headline on the front page than read the actual article and it creates new issues at a time when we are all trying to tackle the issue of racism in Italian football,” he said.
AC Milan commented that “It is totally unacceptable to see such casual ignorance on racism.”

It is totally unacceptable to see such casual ignorance on racism. We will not stay silent on this issue…
Non sono più tollerabili superficialità e ignoranza sul tema del razzismo. Non resteremo più in silenzio davanti a questo problema.#togetheragainstracism pic.twitter.com/kxKBP7CVox

The image was also shared by Fare, an organisation working against discrimination in football, tweeting: “The media fuels racism every day.”

Football writer Frank Dunne commented: “The sad thing is, the people who came up with this headline will have absolutely no idea why it is so tone deaf. “

The paper's editor, Ivan Zazzaroni, who has now deactivated his Twitter accoount, claimed in a follow-up article on the paper's website that the writer’s intention was to celebrate the “magnificent wealth of diversity” in football.

“‘Black Friday’, for those who want to and can understand it, was only praising diversity, taking pride in diversity, the magnificent wealth of diversity,” wrote Zazzaroni, who also described social media as a “dustbin” full of “cheap indignation.”

“It’s an innocent article, perfectly argued by [the journalist] Roberto Perrone, that has been made poisonous by those with poison inside them,” he wrote.

The headline comes days after Italian clubs wrote an open letter asking for help tackling racism in Italian football, in the wake of persistent racist chanting from the terraces of Italian stadiums that has disrupted a string of Serie A games. 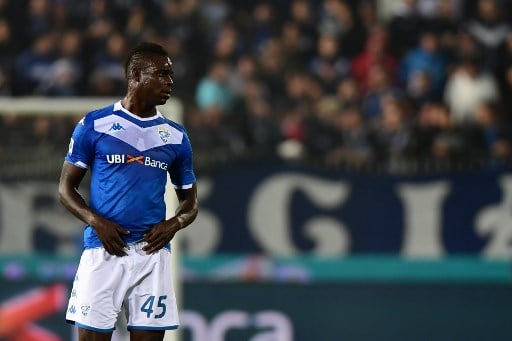 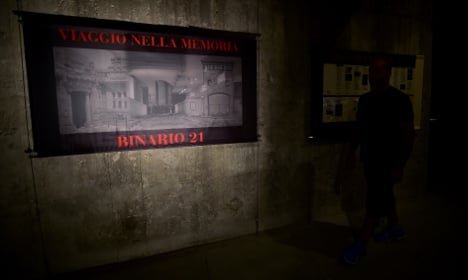 RACISM
More than half of Italians think racist attacks ‘can be justified’, poll finds
Url copied to clipboard!