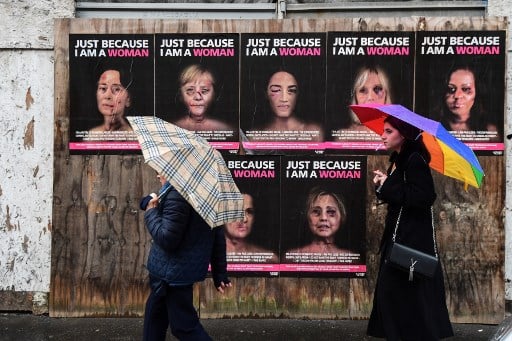 "Just because I am a Woman", a new series of works by Italian pop artist and activist aleXsandro Palombo, in Milan. Photo: Miguel Medina/AFP

The street art campaign is called “Just Because I am a Woman”, and also features US Democratic Congresswoman Alexandria Ocasio-Cortez, Myanmar leader Aung San Suu Kyi and Sonia Gandhi, the head of India's main opposition party.

Palombo intends “to illustrate the drama that affects millions of women throughout the world… with the aim of denouncing, raising awareness and obtaining a real response from institutions and politics,” his press office in a statement.

“Violence against women is a global problem that affects everyone regardless of race, class or religion,” the posters say.

The women, with bruised faces or bearing strangulation marks, testify: “I am a victim of domestic violence, I am paid less, I have undergone genital mutilation, I don't have the right to dress as I want, I can't choose who I'm going to marry. I've been raped”. The contemporary pop artist and activist, 45, is renowned for colourful, reflective and irreverent works and uses satirical art to raise awareness of social and cultural issues.

Among his most important works are “Disabled Disney Princesses” and “The Simpsons Go To Auschwitz”.

He launched the #BriefMessage campaign to mark International Women's Day, calling on women to denounce violence by writing a message on their underwear and sharing the photograph on social media.

This latest campaign echoes one Palombo ran in 2015, which featured doctored photos of US celebrities such as actors Kirsten Stewart and Angelina Jolie and pop star Madonna.

READ ALSO:  Tens of thousands march in Rome to protest murder of women 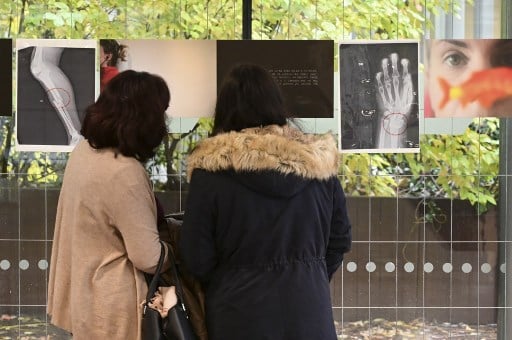 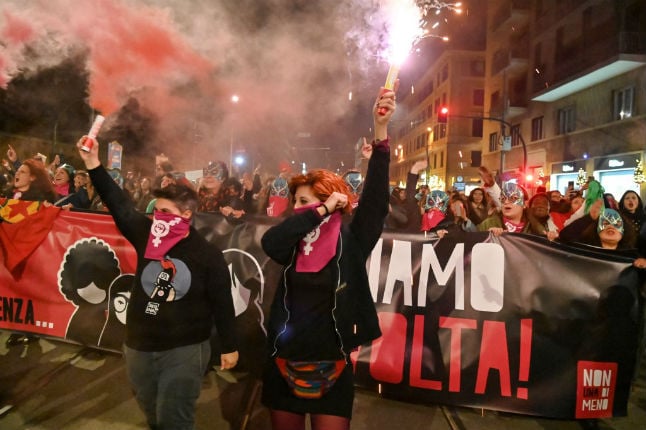