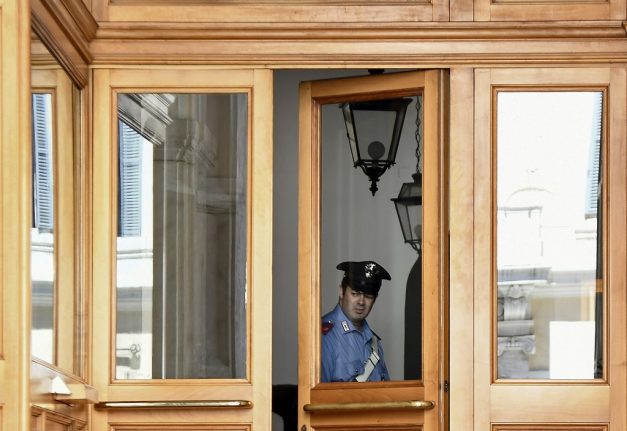 Finnegan Lee Elder and Gabriel Natale-Hjorth are to stand trial next week in Rome over the killing of Mario Cerciello Rega, who was in plain clothes when he was killed in a drug bust that went wrong on July 26.

In a leaked transcript of a secretly-recorded conversation in jail between Elder and his father, the student appears to say he had known that Cerciello, 35, was a policeman and had seen a police car, or in slang, a “tank”.

But the transcript done by police and delivered to prosecutors “was badly translated, and there are bits missing”, he said.

Mistakes included basic errors such as transcribing the word “tank”, when in fact Elder said “bank”, a reference to a landmark.

Borzone said he expected the transcript to be re-translated by a court-appointed, independent translator. Nevertheless, he said, the leak to the press of the faulty transcript had seen the youngsters risk a trial by media.

Prosecutors have said that Elder, 20, admitted to stabbing Cerciello with an 18-inch combat knife, but that he thought the officer and his partner Andrea Varriale were drug dealers, and that he was fighting for his life.

The San Francisco native, who was 19 at the time of the incident, says Cerciello attacked him from behind, while Varriale wrestled with Natale-Hjorth, 18.

Elder told his father the officers did not show their badges or identify themselves as policemen.

But his statement that “they didn't show anything, didn't say anything” was missing from the transcript leaked to the press, the Corriere della Sera said.

Cerciello and his partner, who were in plain clothes and unarmed, intercepted the teens after a drug deal that went wrong. The teens fled following a fight, during which Cerciello was stabbed 11 times, but were tracked to their four-star hotel where police found the knife in the false ceiling of their room.

Natale-Hjorth initially told investigators he had not been involved, but his fingerprints were found on the ceiling panel.

The two are being held in Rome's Regina Coeli jail, where Elder – who has suffered from panic attacks over the past two years – is under constant surveillance because of his fragile state of mind, Borzone said.

“Elder is very depressed, and very sorry about what happened. He has been depicted as a bully, but he's not,” he added.

A source close to the Elder family told AFP the case against the young men was full of inconsistencies, and lies told by Varriale in the immediate aftermath of the stabbing seriously undermined his credibility as a witness.