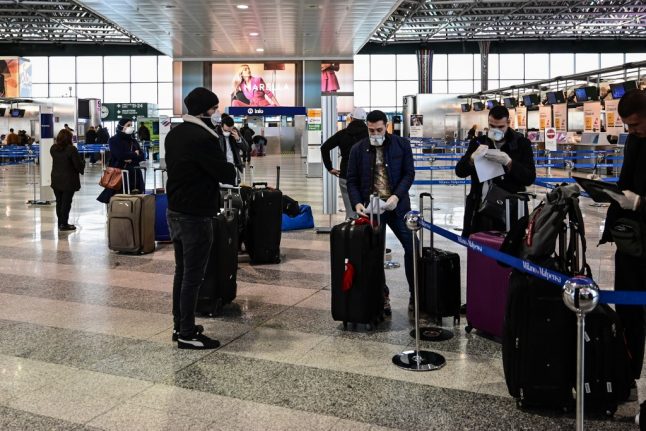 “Everything's closed, we're going home,” said German Alex Gross, 32, as his girlfriend nervously checked for updates on her phone. “That is, unless our flight gets cancelled.”

Many holidaymakers had already made their escape when Italy started succumbing last month to COVID-19, which has killed 631 people there so far and infected over 10,000, mainly in the country's wealthy north.

It may be blue skies and sunshine from Sicily to the Alps, but the few remaining tourists now have two options: stay holed up in their hotels, relying on mini-bar snacks for dinner, or head home.

“We've had over 90 percent of bookings cancelled, even as far ahead as June,” said Nicola, a hotel manager in Florence who did not want to give his last name.

“Though if we've not resolved the virus situation before then, empty rooms will be the least of our problems,” he said.

From the Colosseum to the Leaning Tower of Pisa, the government has shuttered all museums and monuments, ordered restaurants and bars to close at 6pm, and told people to leave their homes only if strictly necessary until April 3.

READ ALSO: Can I leave Italy with the new travel restrictions? A slew of airlines are suspending flights to Italy — including Air France, Air Canada, Ryanair, Easyjet and British Airways — while many countries have imposed travel restrictions.

“I don't know if we can actually get out of Milan. Nobody really seems to know what's going on,” said Texan Nick Manage, looking lost as he wandered around the northern city's central train station.

Gone are the crowds at the Vatican's Saint Peter's Square, Rome's Spanish Steps, the Venice waterfront and Pompeii.

Stefano Ruggiero, 48, who owns a perfume shop near Florence's Ponte Vecchio bridge, said the business had been going since 1911 but “this is the quietest the street has ever been”.

“Even after the terrible 1966 flood, when there was mud and devastation everywhere, there were more people”.

The carousel with its gold-gilded horses is still, the street musicians have disappeared. “It's eerily quiet,” he said.

Italian hoteliers' association Federalberghi says bookings are down at least 80 percent nationwide, with a loss estimated at 2.5 billion euros.

And that's not counting the losses from the rest of the tourism chain, from transport to restaurants and shops.

The sector employs around one million people in the run-up to Easter, who now fear for their jobs.

READ ALSO: Is it no longer safe to visit Italy given the coronavirus outbreak? The government has promised 7.5 billion euros ($8.5 billion) to help mitigate economic fallout from the crisis, with the economy ministry saying that figure may rise to 10 billion euros or more.

Crowded around television screens, Italians watched as Prime Minister Giuseppe Conte told them they have to make big sacrifices to stop the virus in its tracks and prevent Italy's health system collapsing under the strain.

Hotel manager Nicola said that sacrifice would likely mean most hotels would be forced to close, “though some of the bigger structures like us may be asked to remain open in case they're needed as makeshift hospitals”.

Agostino Ferrara, 52, who has owned the Spada restaurant in the centre of Florence for 28 years, says he has been forced to put a large part of his staff on forced leave after the 140 covers a day dropped to 20.

“I've never seen anything like this,” he said softly, as the kitchen staff set about cleaning up the few pots and pans.

I'm optimistic though, because we know people tend to forget horrid things,” he added with a small smile.

“My hope is, we'll make it through this, and a few weeks, a few months later, everyone will return to Italy.

“In even greater numbers than before.”