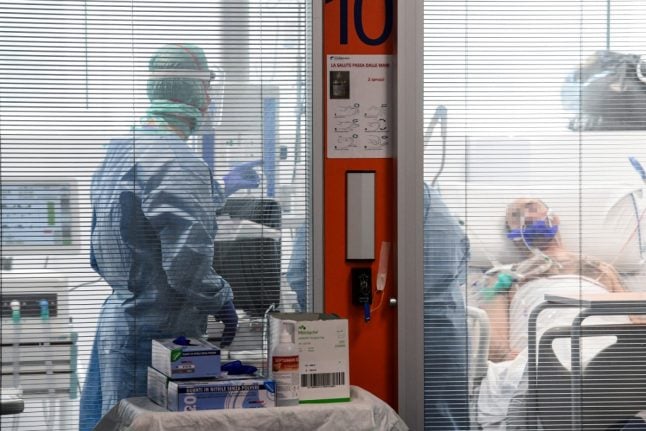 The man, identified only as “Mr. P” by authorities, was born during the Spanish flu epidemic in 1919.

Rimini's vice mayor Gloria Lisi told local media on Thursday that the 101-year-old was discharged from hospital in Rimini's and returned home after fighting off the infection in hospital.

“Last week Mr. P. was hospitalised in Rimini after testing positive for Covid 19,” she said.

“One detail that makes the life of this person truly extraordinary,” she added, “is that Mr. P. was born in 1919, in the midst of another tragic world pandemic “.“

The Spanish flu was an unusually deadly pandemic that killed tens of millions of people around the world between 1918 and 1920. At least 600,000 people in Italy are estimated to have been killed during the outbreak.

READ ALSO: Before coronavirus, Italy had a long history of fighting disease outbreaks

“At 101 years, he lived almost entirely through the past century and then had a glimpse of the new millennium. He has seen everything: war, hunger, pain, progress, crisis and resurrections,” she said. “And then at the age of over 100 years, fate brought him this new challenge, invisible and terrible at the same time.”

Lisi added that, as word spread of the man's condition, hospital staff felt a “desperate need” to ensure his recovery.

“When the tragic news reports tell us daily of a virus that is dangerous above all to the elderly, there is hope for all of us in the story of a person of this age,” Lisi said.

“And Mr. P. made it. His family brought him home on Wednesday evening. It shows that even at 101 years old, your fate is not written.”

Though the fatality rate jumps sharply for patients in their 70s and over, there have been numerous stories of elderly Italians making a full recovery after being hospitalised with the virus.

In Brescia, in the worst-hit region of Lombardy, the family of an 83-year-old man who recently recovered from the virus say he seems “reborn”.

A retired former nurse, the man was admitted to the same hospital in which he used to work on March 8th with respiratory problems and was soon diagnosed with the virus.

“My dad could have been yet another victim, but's made it,” the man's son, named as Federico, told local newspaper Brescia Today.

“Maybe having always practiced a lot of sport helped him. Before he got sick he was riding for kilometres on his bike,” he added. “Now he looks like a new person. It's like he was reborn. Perhaps having won this battle has given him new energy.“

Elsewhere in Lombardy, in Lodi, which has suffered one of the biggest outbreaks in Italy, an 86-year-old woman named Gianna was also reported to have recovered on Wednesday after spending seven weeks fighting the infection in hospital, local media reported.

And a 95-year-old woman recently became the first patient in the province of Modena, Emilia-Romagna, to recover from the coronavirus infection.