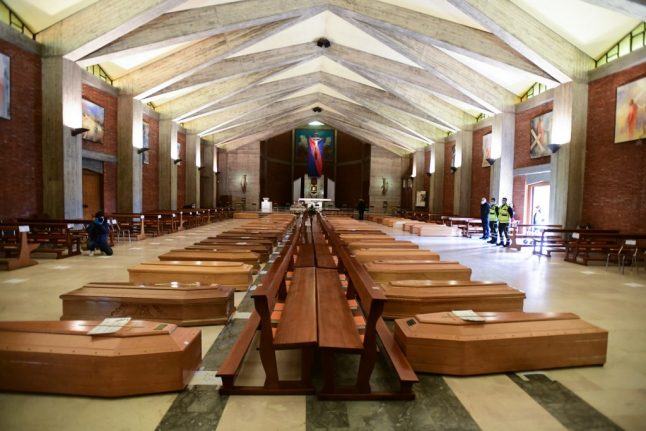 Around 88,274 people in Italy are currently infected given Saturday's increase of 2,886 new cases, 547 more than on Friday.

Some 1,238 people in Italy have recovered from the coronavirus, which means the country's total recovery number now stands at 20,996.

Italy's civil protection agency also told journalists that over 70 people have been discharged from ICU in the past 24 hours, representing the highest daily figure since the beginning of the coronavirus crisis.

“This is very important news,” civil protection service chief Angelo Borrelli told reporters of the drop from 4,068 to 3,994 intensive care patients over the past 24 hours.

“It allows our hospitals to breathe.

“This is the first time that this figure has fallen since we started managing the emergency.”

Borrelli also cast figures showing Italy's death toll rising by 681 to 15,362 – officially higher than in any other other country – in a positive light.

“This figure is constantly decreasing,” he said.

Italy recorded 969 deaths that day — a record that stood until the United States reported nearly 1,500 fatalities between Thursday and Friday.

The daily rise in new infections across Italy has also slowed to just four percent.

But Italian officials are still not declaring victory and instead are preparing the country for at least another month of life under a general lockdown.

The drop in critical care patients “is a strong signal but it should absolutely not be read as a sign that we have overcome the critical stage,” the government's scientific council head Franco Locatelli said.

“It shows that the measures that we have been applying have had success.”

A total of 124,632 people in Italy have now tested positive for the coronavirus.

“European solidarity has not been felt and there is no more time to lose,” reads Conte's letter.