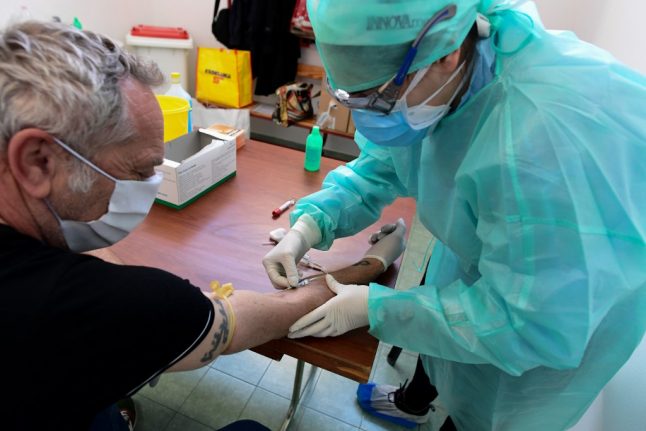 Most Italian authorities wish he would stop.

The story of Robbio mayor Roberto Francese has generated a fair bit of interest in a Mediterranean country where people's primary mission is to not catch COVID-19.

The nation of 60 million has effectively shut down for business to stop the spread of a virus that has officially killed 15,362 people and quite possibly many more.

No one is sure how the old way of life can resume without setting off a second pandemic wave.

Into this debate stepped Francese — a self-confident mayor of a town of 6,000 in Italy's northwest that primarily grows rice.

“We can never improve the situation without separating the healthy from the sick,” Francese told AFP.

“That is what the blood test is for.”

Separating the healthy from the sick in a 21st century Western democracy might strike some as a mad idea from a bad science fiction film.

The Robbio mayor (pictured below) has no such qualms and wants everyone immediately tested for antibodies. The idea is that people who get infected with the new disease and survive develop at least some immunity against it.

These are the antibodies that show up in blood tests — akin to a tell-tale scar from a wound.

But COVID-19 is a new disease and the science is not there yet to confirm whether coronavirus antibodies will actually make us safe.

The private blood tests are also fairly expensive — around 45 euros ($50) each — and are still undergoing certification in most countries to make sure they actually work.

Italy's ISS public health institute clearly states that “there are currently no commercial kits to confirm the diagnosis” of the novel coronavirus through blood tests.

Francese is not deterred by any of this.

“I will pay for all those who cannot afford it,” he said at a town gym where the blood tests were being given by nurses in green coveralls.

“My citizens know it, they come here and say, 'The mayor is paying for it'.”

Francese also brushes off the regional authorities' decision to ban laboratories from accepting the town's tests for processing.

He is getting a private company to process the 1,000 blood samples taken in the past three days.

Robbio's battle over blood tests may soon be replicated across Europe as countries try to work their way out of economically devastating — and socially traumatic — lockdowns.

The Italian government reportedly intends to secure a load of certified tests kits to see how many people actually have antibodies — and what this might possibly mean given that at the moment there is no vaccine or readily available treament for COVID-19.

The locals in Robbio think they know what it means already. “This is what will allow us to return to normal.”

An urgent need for normality feels overpowering in a town whose region has been living with some of Europe's strictest social distancing measures since late February.

“It is complicated for me at the moment, professionally,” said self-employed obstetrician Martina De Luca.

“So I decided to take part,” she said.

“People are happy to take these tests because there are very few of them in Italy at the moment.”

Most of Italy's national restrictions are expected to run at least through the end of the month.