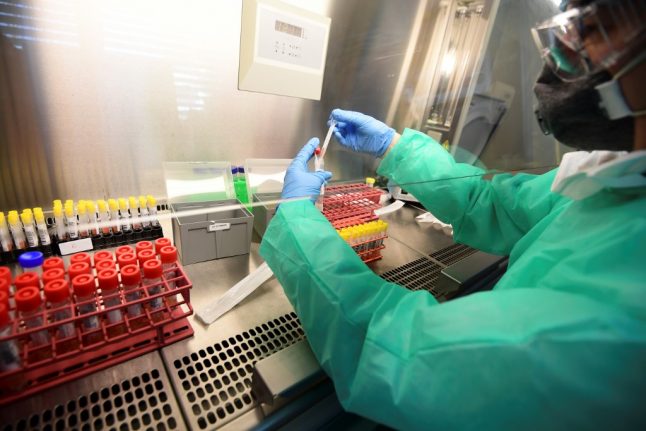 Scientists across the globe are scrambling to find a pharmacological fix for Covid-19. There’s been so much confusion, and so much ballyhooing of false leads, that I decided to take a careful look at the candidate medications, with help from authoritative and up-to-date sources.

The drugs that are mostly hype:

Some American doctors are hoarding this ancient antimalarial and its cousin, hydroxychloroquine (Plaquenil), for themselves and their families. Hydroxychloroquine is now in such short supply that patients who really need it, for autoimmune diseases such as lupus and Sjögren’s syndrome, can’t fill their prescriptions, in Italy – where many are convincing their pharmacists to give them a supply without a prescription “just in case” – as well as in the USA. A few poor fools are killing themselves by self-dosing with fish bowl cleaner made from chloroquine phosphate.

They’re all convinced we have found the magic bullet. How come?

OPINION: 'Italy is notorious for disorganization, but on coronavirus it’s bested the US'

First of all, there’s US President Donald Trump swearing “It’s going to be great,” while the director of the National Institute of Allergy and Infectious Diseases tries to hold him back.

Second, the drug does inhibit the novel coronavirus in test tubes.

Third, hydroxychloroquine is already approved for use in other diseases, so it can be prescribed off-label immediately by any doctor for any disease.

Believe it or not, that’s just about all there is on the positive side. In research on actual Covid-19 patients the results for hydroxychloroquine have been pretty much a wash.

Studies in China were rumoured to have found it effective, but for a long time the original research reports weren’t available. When Western physicians finally managed to see them a week ago, the drug turned out to have done no better than a placebo.

The most-cited Western study of hydroxychloroquine, in France, made a splash by claiming that 20 patients treated with hydroxychloroquine cleared the coronavirus in their noses faster than 16 patients who received standard treatment alone.

READ ALSO: Coronavirus and face masks: How countries have shifted their advice

There are serious problems with this study, though, even beyond the tiny number of patients. The French researchers, it turns out, had started out giving hydroxychloroquine not to 20 patients but to 26, and the patients who received the drug actually did worse than those receiving standard treatment: three of them needed to be transferred to the intensive care unit and a fourth died. (Two others dropped out voluntarily.) No control patient had these outcomes.

In Italy the health authorities have authorized physicians to try these drugs in Covid-19 patients, while warning that they are unproven and potentially toxic; about half of hospitalized patients in Italy have been receiving one or the other.

One expert has commented: “Researchers have tried this drug on virus after virus, and it never works out in humans.”

Steroids have been used for years as a kind of hail-Mary pass in patients with uncontrollable bacterial infection (septic shock), so it is reasonable to try them in end-stage Covid-19.

One Chinese study of methylprednisolone suggested a positive effect in desperately ill patients, and a similar study is underway in Italy.

The international expert consensus, however, is that corticosteroids are more likely to do harm than good.

This anti-bacterial (not antiviral) antibiotic is sometimes used to counter bacterial superinfection in serious viral illness, and has been given to some Covid-19 patients in combination with hydroxychloroquine.

It is known to be safe, but there is no evidence it has any benefit, and some suggestion it may do harm.

A panoply of drugs already in use for other diseases are currently under study in Covid-19 patients on theoretical grounds, with no evidence and little hope of a clinical effect: nitric oxide (an inhaled agent used for acute respiratory distress syndrome), vitamin C, sirolimus (another kind of immunosuppressant), and losartan (an anti-hypertensive drug that many experts fear may make Covid-19 worse instead of better).

The most promising treatments so far:

This investigational antiviral, effective against a variety of coronavirus diseases, is considered by many experts to be the most promising antiviral for Covid-19 and is already undergoing numerous trials.

It has been used in northern Italian hospitals for weeks, when they can obtain it, and five Italian centres are currently participating in clinical trials.

This Japanese antiviral was originally reported to reduce recovery time and improved chest X-ray abnormalities in two trials in Wuhan and Shenzhen involving a total of 340 patients.

But that report has now been abruptly and mysteriously withdrawn by the researchers. I’m not sure what will happen to the therapeutic trials that had been started in Italy and elsewhere.

Most people who recover from infections develop antibodies that protect them from reinfection.

Products derived from their blood – either whole blood, or the antibody-rich serum that remains when you remove the red blood cells, or a more refined immunoglobulin product – can be effective drugs. For decades a century ago, before we had antibiotics, they were the mainstay of treatment for infection, and are still potentially invaluable. Such products were the only decent drug treatment for Ebola, and there is reason to hope not only that they might keep moderate Covid-19 from deteriorating, but that small daily doses might protect people at very high risk – such as healthcare workers on the front lines – from becoming infected.

The Chinese brought some Covid-19 immune serum to Italy as part of their aid effort, and now Italy is producing its own. Teams in Mantua and Pavia have already reported encouraging results on ten patients.

Researchers have successfully rushed to develop blood tests that will be able to identify people who have antibodies against Covid-19 and therefore could usefully donate blood for this purpose.

This “biologic”, most often used for inflammatory diseases such as rheumatoid arthritis, has no direct action against viruses, but might help tamp down an overactive inflammatory response in the lungs of patients with Covid-19 pneumonia.

Unfortunately this drug can also promote tuberculosis and other serious infections, so it should only be tried in desperate cases.

Large studies are underway, including in Italy, and a similar antibody called sarilumab is also being examined. Interferon (Avonex and others)

Interferon alpha, beta or gamma, like tocilizumab, has complex effects on the immune system, and may in addition suppress viral multiplication. Injected forms of interferon are usually prescribed for hepatitis C and multiple sclerosis, have shown promise in non-Covid-19 coronavirus disease, and are undergoing clinical trials in Europe.

Interferon is quite toxic, however, and like tocilizumab risks making patients worse rather than better.

It is hoped that an inhaled formulation of the same drug, code named SNG001, might give similar benefits with fewer side effects. It has been found to improve the recovery of asthma and chronic obstructive pulmonary disease patients with lung infections, and is set to begin testing in the United Kingdom in critically ill Covid-19 patients.

Both antiviral drugs and convalescent serum seem to be more effective early in the course of disease, while the powerful, toxic anti-inflammatory medications such as tocilizumab and inhaled beta-interferon are more appropriately used late in the disease, in severely ill patients on respirators, in the hope of warding off total body shutdown.

The real hope for social distancing and even anti-Covid-19 medications is that they will put us into a holding pattern until an effective vaccine can knock out the pandemic.

Groups in a half dozen countries, including Italy, have already developed candidate vaccines, animal studies are encouraging, and a few volunteers have received a first dose.

Most vaccine research has been proceeding in the spirit of international cooperation, starting with the Chinese researchers who rapidly sequenced the virus and shared their results.

But it will probably not be before at least the fall of 2021 that we will have developed a vaccine, proven it effective, and administer it to enough people that herd immunity will protect the uninfected.

So for now our best bet lies in sheltering at home and other social distancing measures.

Fortunately, there’s double good news on that front. One is that social distancing measures seem to be effective even if they are less than draconian and less than constant.

And the other is that nearly four weeks after an aggressive lockdown began in northern Italy, the daily death rate has almost stopped rising and the number of Covid-19 patients in ICU is actually falling. Susan Levenstein is an American doctor who has been practicing in Italy for the past 40 years. She is the author of Dottoressa: An American Doctor in Rome (Paul Dry Books, 2019).

A version of this article first appeared on her blog, Stethoscope on Rome. Follow her on Twitter @slevenstein.