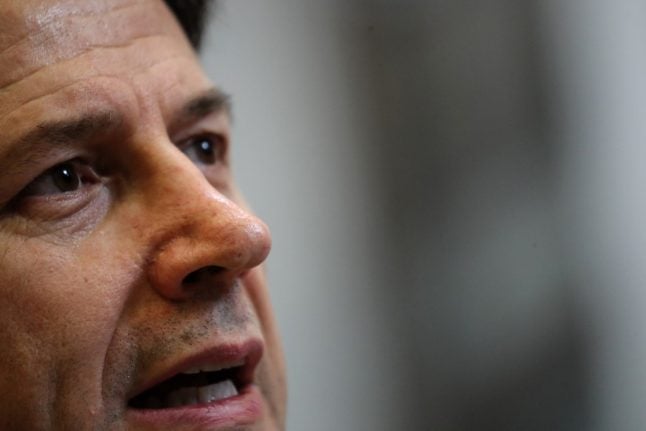 Italy will begin to emerge from the world's longest coronavirus shutdown on Monday and see whether two months of containment where enough to avoid a new contagion wave.

The Mediterranean country's death toll has officially reached 27,967 — second only to the United States — but its daily infection rates are back down to levels last seen in early March.

The length of Italy's lockdown means its economy is on course to contract more sharply than the eurozone's average.

Half the workforce is relying on state support and the same number told a poll published in the Corriere della Sera daily on Friday that they were afraid of losing their job.

Conte admitted his government was late to pay out more than €50 billion ($55 billion) assigned to struggling families and businesses.

“There have been and continue to be some delays in the payments,” Conte wrote on Facebook.

“I apologise on behalf of the government and assure you that we will continue to press for the payments and financing to be completed as soon as possible.”

The Italian government expects the economy to shrink by about eight percent this year — slightly less than the 9.1 percent projected by the International Monetary Fund.

But Conte warned on Thursday that the drop could reach 10 percent if the virus begins to spread again and further containment measures are needed.

The health ministry is developing a set of criteria to determine when to sound the alarm about a returning virus threat.

These include whether contagion rates were putting an unbearable burden on hospitals and if regions had enough tests and other means to track cases.

Conte's government is reportedly only considering reimposing local lockdowns rather than a national one should infection rates edge back up.

The disease has been especially damaging to Italy because it primarily spread across three regions that account for 45 percent of its total economic output.

Conte assured Italians he felt their suffering and understood their fears.

“Many are experiencing anxiety and concern in this crisis because of the closures and the risk to their jobs,” Conte wrote.

“I have read some of your letters, put myself in your shoes and felt the full weight of what you feel.”

Conte insisted all the suffering would be worth it if strict social distancing measures were respected once the restrictions ease.

He said four million Italians were returning to work on Monday “thanks to the first results” of containment.

Italy's subsequent rounds of easing will see everything gradually reopened over the course of May.

“If we lower the risk of contracting the virus and respect the safety measures, many customers return to get their haircuts without fear,” Conte told a barber in the southern region of Basilicata.

Italians will be allowed to get professional haircuts for the first time in nearly three months on June 1.