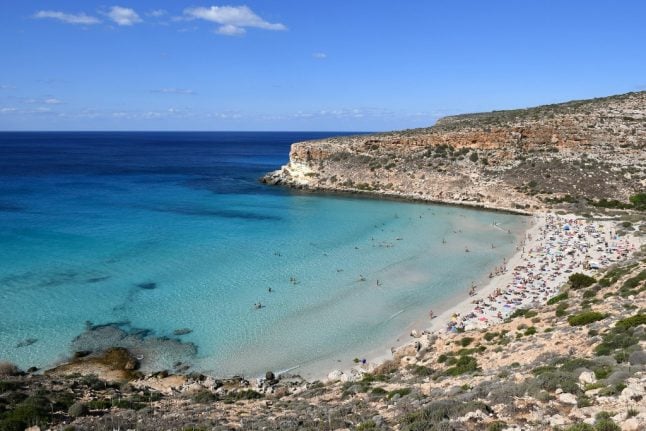 A busy beach on the island of Lampedusa, Sicily, in September 2018. File photo: AFP

The island of Sicily is planning to subsidise holidays for both domestic and international visitors in an effort to revive tourism after the coronavirus pandemic, the island's regional authorites have confirmed.

Their current plans include subsidised hotel stays – offering one night of a three-night trip for free – as well as vouchers for visits to museums and other cultural attractions on the island.

The regional government says it has set aside €75 million to be give out to tourists via “vouchers and cards”.

“€75 million has been allocated for the advance purchase by the Region of vouchers and cards to be distributed, for promotional purposes, to tourists, once the health emergency has ceased,” stated the Sicilian local authority's announcement on May 3rd of its 1.5-billion-euro Stability Bill and the latest regional budget.

“We'll buy services such as hotel nights from operators, and we'll give them to tourists, Sicilians or not, who come to us,” Sicily's tourist board director Manlio Messina told news show Mattino Cinque.

“If you stay at least three nights,the region will pay for one (of them), he explained.

Those who stay for six nights will have two of them paid for by local authorities, he added.

Some media reports have stated that the funding would also go towards paying for flights to and from the island, but this has not been officially confirmed. “Tourism is the sector that suffered the damage first, and will start up again last, which is why we decided to support it, explained Messina.

Italy's tourism sector has suffered huge financial losses, with industry representatives reporting “the worst crisis in recent history” even before the national lockdown came was announced on March 9th.

Sicily's economy relies heavily on tourism, and the sector's rise is often credited with helping ease the grip of organised crime groups on cities like Palermo. But with poverty now rising, particularly in southern Italy, as incomes are lost to the shutdown, there are fears this progress could be undone without government intervention.

It's not yet known when or exactly how the vouchers will be made available, but more details are expected to be published on the Sicilian tourist board's website once travel is possible.

The Italian government has not released any further details on when current strict travel restrictions to and within the country may be lifted.

While Italy's tourism minister Dario Franceschini has denied claims that Italy would be closed to holidaymakers until 2021, he has also suggested that international travel may not resume by this summer.

Franceschini told Italian newspaper Il Messaggero the ministry was “making a strong investment in domestic tourism, because this will be a summer of holidays in Italy.”

Italy relaxed some rules as it entered phase two of its lockdown on Monday. However, tight restrictions on travel remain in place.