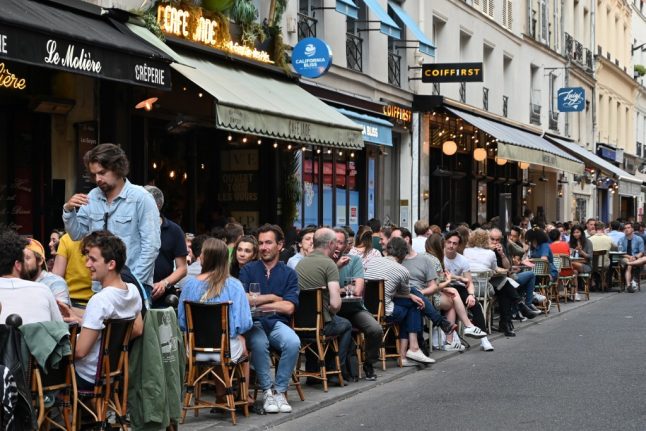 In the world of science, John-Arne Røttingen is somewhat of an international superstar.

In 2015, the Norwegian epidemiologist led the steering group of the groundbreaking study that helped produce a vaccine for Ebola at record speed.

If the stakes were high back then, they are even higher now.

Røttingen, who heads the Norwegian Research Council, is directing the WHO's international study into Covid-19 treatments and an eventual vaccine.

The study, Solidarity, is a clinical trial in multiple countries to achieve a treatment for Covid-19 as rapidly as possible.

Four different drugs – hydroxychloroquine, remdesivir (previously used to treat Ebola), lopinavir/ritonavir (a licensed treatment for HIV) and and lopinavir/ritonavir + interferon – are being tested on 3,500 hospitalised patients in 17 countries simultaneously.

It is a massive international effort to try and compress years of work into months, to find a solution to the highly contagious virus Covid-19 which has killed nearly 400,000 people worldwide, pushing countries into an economic turmoil that could have long-lasting and devastating impact.

The Local: European countries are easing restrictions on social distancing, reopening societies slowly. Are we risking new waves of infection?

Røttingen: We are very vulnerable to new rounds of infection. To achieve herd immunity, at least 50 percent of the population in a country needs to have had the virus. No European country has those levels yet.

The “R” (virus reproduction rate) is important. If we manage to keep it below 1, we will avoid a resurgence.

Røttingen: It's a misunderstanding that Sweden did nothing to limit the spread of the virus. The population followed a lot of health precautions even if they didn't go into lockdown.

But our societies need to be prepared to impose restrictive measures earlier than they did last time.

It would be better to begin with the measures that are less harmful for the economy and the society at large. We know that closing schools is very expensive, but probably not very efficient in reducing the spread of the virus.

The Local: It seems like we here in the south of Europe are struggling more than people further north to keep up with these social distancing rules.

Røttingen: Yes, in Nordic countries we sometimes joke that, when they told us that we can stop having to keep two metres between each other, we said “phew, finally, we can go back to our usual five metres”. In France, the doctor Didier Raoult (on the picture) has been distributing hydroxychloroquine as a coronavirus treatment to patients in his hospital in the French southern city Marseille. Photo: AFP

The Local: What are the most efficient steps countries can take to stem the spread of the virus?

If our behaviours return to normal I believe that we will see new waves and will need new rounds of restrictions. It's an important balance to strike between resuming social life and taking health precautions.

The Local: So basically we can keep working and going to school but we have to stop everything that’s fun?

Røttingen: Yes, social distancing is not very social is it.

This is why testing is so crucial. We need to continue our efforts to develop a vaccine, continue testing and contact tracing, and we need to keep up social distancing and general hygienic measures.

The Local: Will we ever get a vaccine and, if so, when?

Røttingen: There is a big, global race to get a coronavirus vaccine going on with more than 100 drugs being tested right now.

In a best-case scenario, we get a vaccine approved early 2021. Then we need to produce the quantity to begin to vaccinate people, which means we are quickly moving into late 2021, early 2022.

But all this depends on decisions that are being made right now.

The Local: What kind of decisions?

Røttingen: You might have seen the initiative by the WHO together with French President Emmanuel Macron, German Chancellor Angela Merkel and other state leaders, which works to set up a large-scale development, production and distribution of vaccines.

If we manage to set this up now, we will be able to begin to vaccinate earlier than we usually would.

The Local: What kind of vaccine are we talking about? Will it be a one-time vaccine that will make you immune against the coronavirus for years, or a short-term vaccine that we’ll need to take again and again?

Røttingen: That’s difficult to say because how long an immunity lasts depends depends partly on how quickly and how much the virus is changing and partly on the properties of the vaccine.

Chances are we will see new outbreaks, perhaps not every year, but every two-three years. But right now it's too early to say. Head of Norwegian Research Council John-Arne Røttingen is directing the WHO's international study into Covid-19 treatments and an eventual vaccine.. Photo: WHO

The Local: Tell us about the WHO study into possible treatments. What kind of results are you seeing?

Røttingen: We ourselves are not allowed to check the results. There is an independent committee overseeing the process, and analysing the results in intervals as they come.

We will stop the study as soon as we know that a drug is efficient – or as soon as we see that it is either not having the wanted effect or that other, unwanted side effects emerge.

The Local: Hydroxychloroquine, one of the drugs you are testing, has been hailed as a miracle cure by some, while others claim its proponents are charlatans.

Røttingen: We have seen that several leaders including US president Donald Trump and Brazil’s President Jair Bolsonaro, have spoken out in favour of hydroxychloroquine.

One big question about hydroxychloroquine has been whether it has serious side effects or not.

A study in The Lancet, (which concluded that hydroxychloroquine had dangerous side effects, before doubt was cast on it) had some methodological weaknesses and potential failures in their dataset.

We were very unsure whether we should stop the branch of hydroxychloroquine or not, but we decided to put the brakes on it until we had analysed our data. We have now made the decision to resume the hydroxychloroquine arm of the study after our independent data and safety committee advised continuing.

The Local: Is it dangerous that populism is interfering with science?

Røttingen: Yes. It’s a shame that these kind of scientific questions become political.

In South America patients are often being offered the drug as a treatment even though it isn’t approved as an efficient treatment for Covid-19 yet. This complicates things for us because we can’t include patients who have already been taking one of the treatments into our study.

The Local: What role does WHO play in all this?

Røttingen: The WHO plays a crucial role as a neutral and normative actor, which always stands on the shoulders of science. All its guidance are based on neutrality and independent data.

But we know that the WHO is suffering from political pressure, and member states use the institution to push their own agendas. I have argued for separating science from politics in the WHO, to protect its scientific role.

The pandemic shows us how much we need this kind of scientific, global institution.