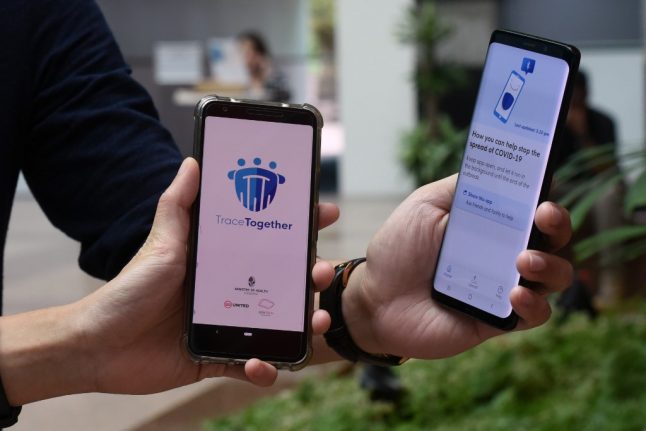 The first trials of the app began in the regions of Liguria, Puglia, Marche and Abruzzo on June 8th before later being rolled out across Italy a week later.

Three people using the app in Liguria tested positive for the virus and were able to send an alert to other users they came into contact with, according to regional president Giovanni Toti.

READ ALSO: When will a Covid-19 vaccine be available in Italy?

The launch of the app had been delayed amid concerns about users' privacy, and some local authorities doubt how useful it will be. Many critics point out that it won't be effective unless a large enough percentage of the population downloads it.

In Puglia, for example, local health authorities say the app will need to be downloaded by at least 10 percent of local residents for it to be effective.

But authorities say the app is being well received, with some 500,000 downloads reported within 24 hours after the app was made available on the Apple and Google stores on June 1st.

Some 2.2 million people, out of Italy's total population of 60 million, had downloaded the app by June 15th.

How does the Immuni app work?

Use of the app is voluntary. Developed by Milan-based startup Bending Spoons, it works using Bluetooth.

After installation, it requires some basic personal details including your town of residence. After that, “the system will function automatically”, according the app's official website.

If two smartphones with the app installed are less than one metre apart, they exchange automatically generated codes which make it possible to trace previous contacts in case one of the users is diagnosed with the virus.

When local health authorities register a new case of coronavirus, they can add a code into the system, with the consent of the patient.

The system then sends notification to users who have been in close contact with the positive case.

“By being alerted early, users can contact their general practitioner and, therefore, lower the risk of serious consequences,” the app's website states.

The app is currently available in English or Italian. Support for German, French, and Spanish is “coming very soon,” according to the website's FAQ.

“The app uses the same language that’s set on  the user's smartphone, where available.” The codes are anonymous, and don’t contain personal information about the users, health authorities said.

“It is an innovative, technological support to the initiatives the government has already put into place to limit the spread of the COVID-19 virus,” said a joint statement by the ministries of health and of innovation and the premier's department.

“It was developed in compliance with Italian and European legislation to protect privacy.”

Data collected will be stored on the device, not on a central server.

The system will not trace movements and data can only be shared with the user’s permission. Any data collected and shared with the central server will be deleted by December 31st, 2020.

You can find further details, in Italian or English, at immuni.italia.it