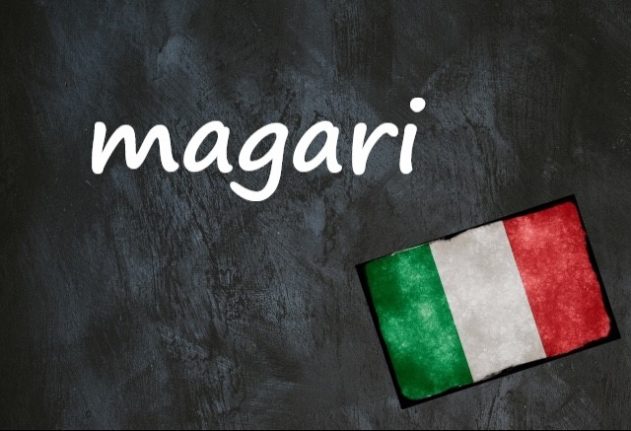 Today's word is one that several readers have asked us to feature, probably because they've heard it so often: magari.

This common expression derives from a Greek word meaning blessed or happy, which is a clue to its first meaning: 'I hope so!' You can use magari to talk about things that are desired, wished or hoped for.

Magari andrà tutto bene.
Hopefully everything will be fine.

You even can use it to stress just how much you want something, usually if someone's offering it to you: it's like answering their question with 'you bet!' (NB: in our experience, you won't hear this use often.)

– Ti piacerebbe andare in Italia?
– Magari!
– Would you like to go to Italy?
– I certainly would!

Of course, some wishes are less likely to come true than others. When you're talking about something you want but that isn't really attainable, magari takes on the tone of 'if only!'

Be warned: when it's used in this sense, because you're describing something hypothetical any verb that follows should really be in the imperfect subjunctive – though we guarantee you'll hear plenty of Italians who don't bother.

Magari fosse vero!
If only it were true!

Magari potessi andare anch'io.
If only I could go too.

Where it gets confusing is the fact that magari can also mean plain old 'maybe', without a particular preference either way.

Saremo in tre, magari in quattro.
There'll be three of us, maybe four.

Often there's no way to tell from the sentence structure which magari you're dealing with – you just have to go by context and tone.

The dictionary lists one more possible sense to magari, though this one's less often used: it can also mean 'even if'. There are two giveaways when it's used this way: one, it will be in the middle of a sentence, joining a second idea to a first; and two, it will be followed by the imperfect subjective.

La aspetterò, magari dovessi restare qui tutta la notte.
I'll wait for her, even if I have to stay here all night.

If that seems like a lot of meanings for one little word, well, it is. Perhaps (magari?) it's because it's so versatile that Italians use it so often. 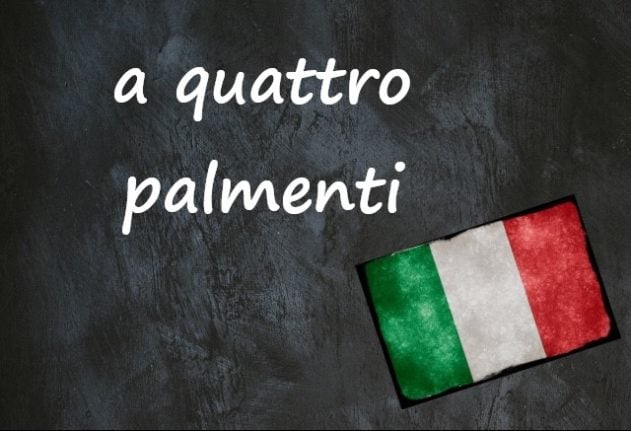 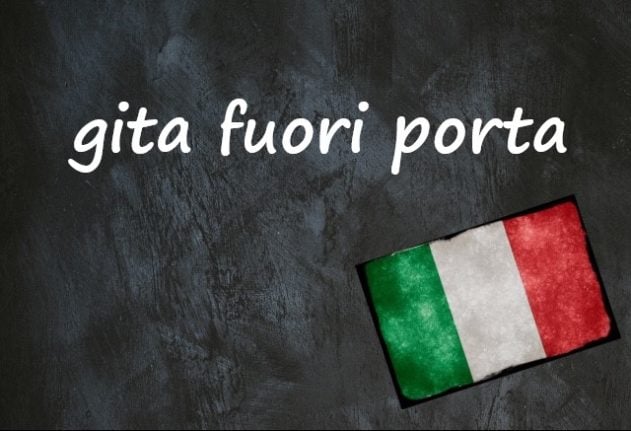 If you’re lucky enough to be spending your summer holidays somewhere in Italy, don’t kid yourself: there’s going to be a lot of eating – or overeating – involved.

Today’s expression might at least help you describe it.

‘Mangiare a quattro palmenti’ is a popular expression used to describe the act of eating in a particularly fast and greedy manner.

Just think of the way all diets and semblances of self-constraint are generally dashed out of the window as soon as a plate of hot panzerotti is placed at the centre of the table.

The phrase could be considered the Italian equivalent of English expressions of the likes of ‘wolfing down’, ‘scoffing’, ‘gobbling’, ‘scarfing down’ and so on.

Oh, Luca, can you please try not to wolf down [all of your food] for a change?

Sorry, I was hungry.

My grandma’s sfogliatelle are to die for. I scarf them down every single time she makes them.

But, while the action may be familiar to almost anyone, the idiom’s literal translation is likely to be tough for Italian learners to crack.

In fact, the word ‘palmenti’, which is the plural of ‘palmento’, isn’t used in any social context other than the one mentioned above and it would be practically impossible to glean its meaning by simply analysing the structure of the noun.

So, what is a ‘palmento’? Though the word might remind you of palm trees (‘palme’ in Italian) or the palms of one’s hands (‘palmi’), it’s got nothing to do with either.

A ‘palmento’ is one of the two fundamental elements allowing for the correct functioning of a water mill, namely the millstone – naturally, the other one is the water wheel.

A millstone’s main job is that of rotating on a stationary base so as to grind and crush wheat or other grains, thus producing flour. Does that remind you of something?

Living up to their repuation as highly imaginative people, at the start of last century, but possibly even before then, Italian speakers started associating the laborious grinding of millstones to the chewing motions of human jaws and the expression ‘a quattro palmenti’ (‘with four millstones’) became a way to describe people greedily chomping on their food.

It isn’t quite clear why exactly four ‘palmenti’ were used here, though the number must have been seen as exaggerated and hyperbolic.

Are you really going to scoff everything that’s on the table?

Yeah, that was my plan…

The expression ‘mangiare a due palmenti’ also exists, though it’s hardly ever used nowadays, so feel free to stick with the ‘four-millstone’ version. 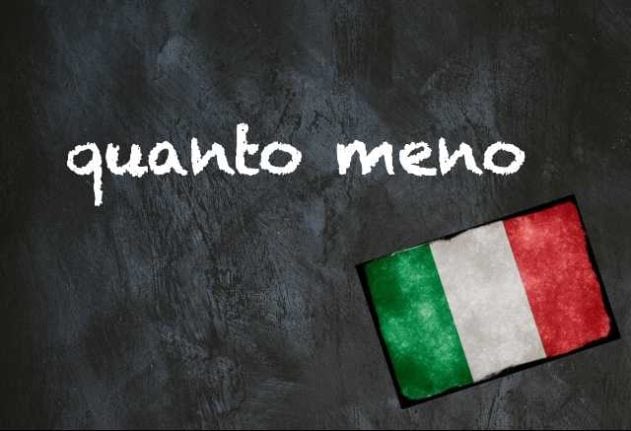 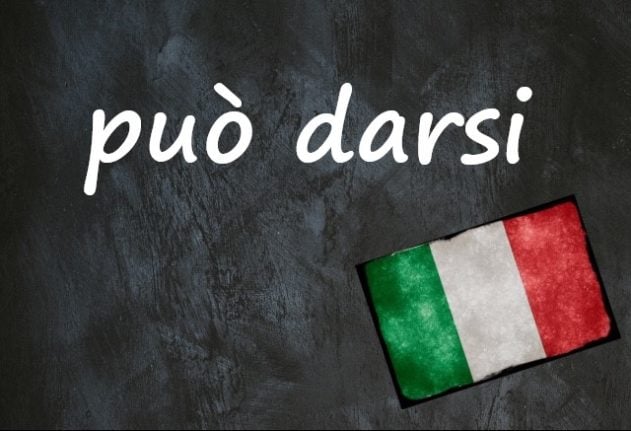 ITALIAN WORD OF THE DAY
Italian expression of the day: ‘Può darsi’
Url copied to clipboard!