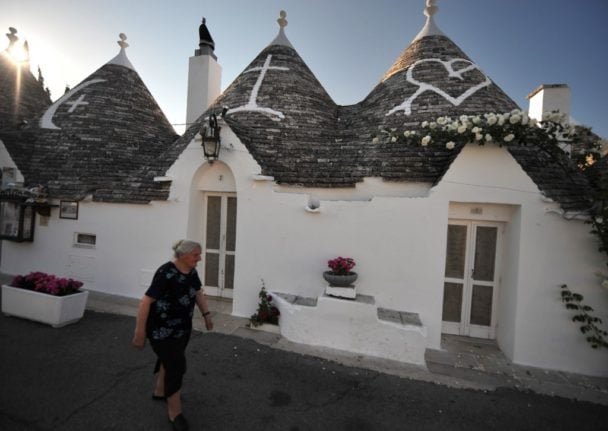 Freedom of movement has until now made this sort of flexible lifestyle possible for British people, whether it's a regular 50/50 split of time or more spontaneous decisions to spend several months at a time in one place or the other.

But as the Brexit transition period ends on December 31st, Britons lose their right to freedom of movement and with it the liberty and flexibility to make these sort of choices.

Residency must be fixed to one country and from January time limits come into place for the non-resident country.

From January 1st, British visitors to Italy will be treated as Third Country Nationals, in other words non-EU, EEA or Swiss citizens and their passports will likely be stamped with entry and exit dates so that border officials can check that they do not overstay the new limits.

Although it's not clear if a grace period will be allowed at the start of 2021.

After January 1st 2021, British nationals visiting Italy will be subject to the EU's 90-day rule, meaning they don't need a Schengen visa for stays of less than 90 days.

In total over a year you can spend 180 days in the EU, but this must be broken down into two blocks of 90, which rules out spending the summer in Italy and the winter in the UK (or vice versa) which many people like to do.

If they intend to stay beyond that time limit or indeed to work they would need a visa, with Italian authorities announcing recently that applications for post-Brexit visas are open.

So is it best to take up residency in Italy or keep your British residency status?

Of course a lot will depend on your personal circumstances, but here are some things to consider before time runs out. British people who are resident in Italy by December 31st are covered by the Withdrawal Agreement, which gives them broad guarantees that they can remain – find out exactly what it says here. With the right to remain comes to the right to work and have professional qualifications recognised.

Reasons to do it

If you are registered as a resident in Italy by December 31st 2020, you can apply for a special post-Brexit residency permit which will make you a legal resident with access to healthcare, social security and the right to work.

READ ALSO:  How to register for residency in Italy: A step-by-step guide for Brits

If you are an official resident of Italy there is of course no limit to the amount of time you can spend here. And if you want to return to spend time in the UK you won't be subject to any 90-day rule, which the UK does not impose.

However, it's not as simple as just applying for the residency card and then settling down to enjoy your Italian home. If you are declaring yourself a full-time resident of Italy then with that comes with other responsibilities.

For a start you will need to register in the Italian healthcare system and that requires opening a Italian bank account if you don't already have one.

And then there's taxes.

“Many people are going to have to make difficult decisions in the very near future about where they are going to live for tax purposes and where their primary centre of economic interest lies,” says Ian McMonagle, a tax specialist at Russell & Russell Business Advisers in the UK.

“How can people decide where their centre of economic interest lies?” he says.

So to become resident in Italy would mean declaring your taxes in Italy.

“The waters are further muddied by the fact that many European fiscal jurisdictions have a wide variety of local and regional taxes. Spain, for instance, has some 17 autonomous tax-raising regions,” says McMonagle

“As an example, Italian income tax is substantially greater than in the UK, as it pays for an expensive social security system. A British person living in Italy might have a UK company, or UK employer and benefit from lower UK tax rates.

“What that person is effectively saying to the Italian authorities is that he is not resident in their country and, as of January 1st, the authorities will be entitled to respond to that situation with a request, or order, for the non-taxpayer to leave.”

The Covid-19 crisis has also added an extra complication to people's decision making.

Lockdowns and travel restrictions in the UK and Italy have essentially kept many second home owners out of Italy in 2020.

The outlook for the first part of 2021 doesn't look too optimistic either as travel restrictions have tightened in recent days.

This may have force many second home owners to make a decision about residency in Italy they had not intended to make.

Are you a second home owner in Italy? Tell us about any problems you are facing in securing your future. Email [email protected]