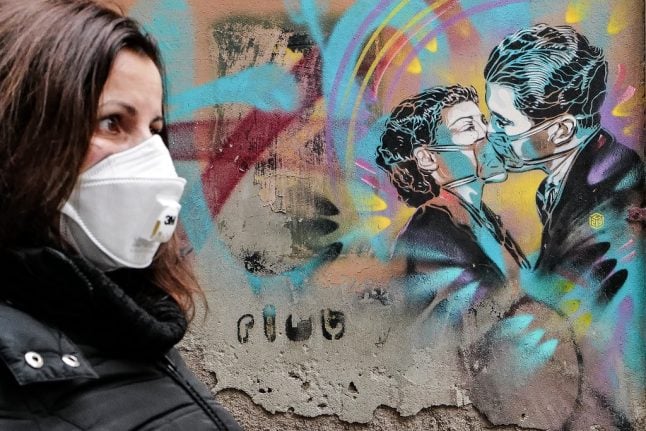 The latest report from Italy's Higher Health Institute (ISS), released earlier the same day, showed that Italy's Rt number had risen above 1 for the first time in six weeks.

The key indicator, which shows the average number of people that each infected patient will pass the virus on to, stood at 1.03 across Italy between December 15-28th after rising for four weeks in a row, the ISS said.

While Lombardy recorded the highest Rt number at a peak of 1.27, almost every region of Italy should be classed as either high or medium risk, according to the ISS.

By its criteria, which include 20 other indicators in addition to the Rt number, Emilia Romagna, Friuli Venezia Giulia, Lazio, Liguria, Lombardy, Marche, Piedmont, Puglia, Trentino-Alto Adige, Umbria and Veneto are all at high risk, while Abruzzo, Basilicata, Calabria, Campania, Molise, Sardinia, Sicily and Valle d'Aosta are at moderate risk. Only Tuscany was classed as low risk.

As well as the rising reproduction number, the ISS pointed to the increasing pressure on intensive care units, which are now more than 30 percent occupied nationwide. There has also been a jump in the number of Covid-19 cases not traceable to a known chain of transmission, another alarm bell.

The pandemic is “a delicate phase that seems to herald a new, rapid increase in the number of cases in the coming weeks, unless more stringent mitigation measures are rigorously set and implemented”, the ISS report said.

The whole of Italy is currently designated a “reinforced” yellow zone after the end of Christmas and New Year restrictions, with travel allowed within regions but not between them. Shops, bars and restaurants are open, though food businesses must stop serving at 6pm and people are required to stay indoors under a nightly 10pm-5am curfew.

Stricter orange restrictions will come into place across the country on Saturday and Sunday, with travel between towns limited to essentials and bars and restaurants only allowed to serve takeaway.

READ ALSO: Until when will Italy's state of emergency be extended?

While most regions will return to yellow rules from Monday, Calabria, Emilia Romagna, Lombardy, Sicily and Veneto will remain orange zones until at least January 15th, when the prime minister is due to announce a new emergency decree replacing or extending Italy's current coronavirus rules.

At the latest count 571,055 people were positive for coronavirus in Italy, with more than 3,500 new cases in 24 hours in Veneto. Lombardy and Emilia Romagna each reported more than 2,000 new infections, while Lazio, Campania and Piedmont each saw cases rise by more than 1,000.