You'll probably recognise the kind of person this term describes, you just might not have known there was a word for it.

You know the type. A certain kind of older gent, possibly in an anorak, probably in a hat, almost certainly with hands clasped behind his back, peering intently at ongoing roadworks or a difficult parking manoeuvre and offering a running, uninvited commentary on the progress.

While such men are found the world over, we have Italy – or more specifically, Bologna – to thank for naming them: umarell.

If you're thinking the word doesn't look quite Italian, you're right: it comes from a Bolognese dialect term for 'little man', also spelled 'omarello' or 'ometto' (which makes it a bit easier to see the similarity with the Italian word for 'man', uomo, plus the diminutive suffix ~ello or ~etto).

But like other dialect words such as scialla or mo, it has become recognisable enough to make it into the Italian dictionary proper. You'll find it in the venerable pages of the latest edition of the Zingarelli dictionary, where editors recently decided to add it for the first time.

The word first came to national attention thanks to Bologna-based writer Danilo Masotti, who began documenting his favourite local umarells – spelling the plural with an English 's' for comic effect – on his blog some 15 years ago, before turning his observations into two books.

Here's how he describes the phenomenon:

“Umarells are people, retired or otherwise, who have very little to do all day and justify their existence by interfering in – or helping with – the existence of others, and by doing so, perhaps, making themselves feel useful. Umarells are everywhere, you just have to notice them. You can find them at a crossroads where there's just been an accident, or in a packed bus arguing with someone who barely jostled them, or in line at the post office, the bank, the land registry office… Be careful, because each of us harbours a bit of umarell spirit within ourselves, you just have to be aware of it.”

Bologna has embraced its population of umarells, renaming a square in the east of the city 'Piazzetta degli Umarells' in their honour. Other towns in Emilia Romagna have paid the most dedicated umarells to keep watch on construction site materials to detect theft or awarded an 'Umarell of the year' prize to their favourite. Someone even developed an eponymous app that mapped the latest roadworks for their benefit.

Umarells are indeed loveable… just so long as you're not on the receiving end of their advice. Look out for some near you! 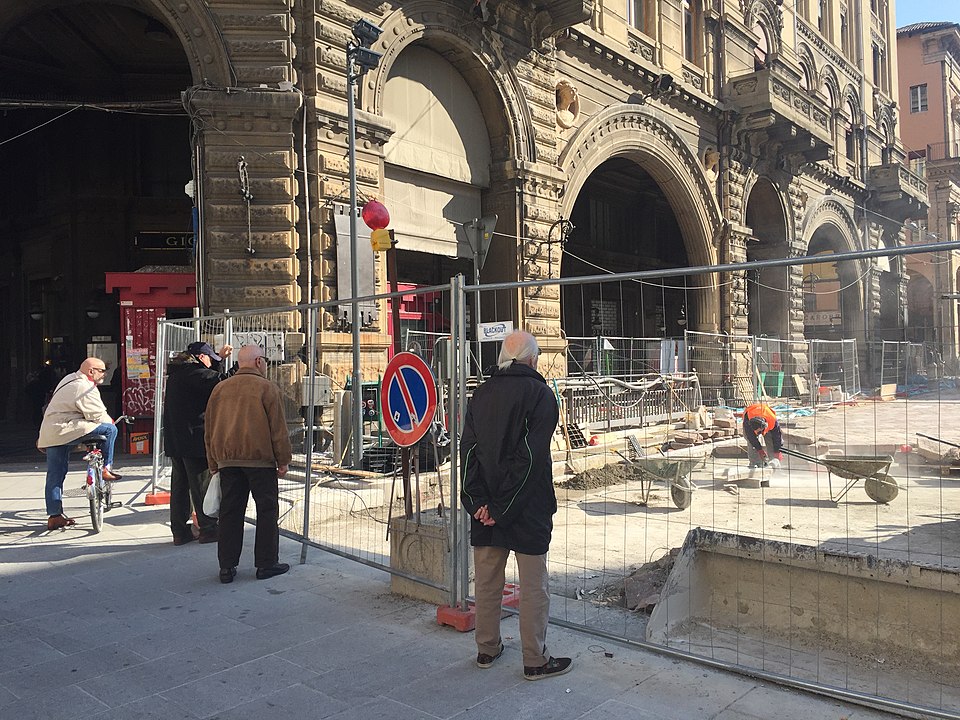