Italy's president has begun discussions with political leaders on Wednesday on forming a new government following the resignation of Prime Minister Giuseppe Conte.

Conte stepped down on Tuesday after weeks of political turmoil weakened his coalition government, but he is hoping to return at the head of a strengthened government.

President Sergio Mattarella, the ultimate arbiter of Italian politics, asked Conte to stay on while he establishes if this is viable – or if someone else should take over.

For now, Italy has been left with a vacuum at the top of government while it is trying to deal with the coronavirus pandemic and subsequent economic crisis.

President Mattarella “has invited the government to stay in office in a caretaker capacity” until a new solution is found, his office said.

That means the current cabinet will continue to run the country, but they can't make any significant decisions.

Conte, who cancelled a scheduled speech to the World Economic Forum Wednesday, said after his resignation that Italy required “a clear perspective and a government with a larger and safer majority”

“My resignation serves this possibility: the formation of a new government that can offer a prospect of national salvation,” he wrote on Facebook on Tuesday. 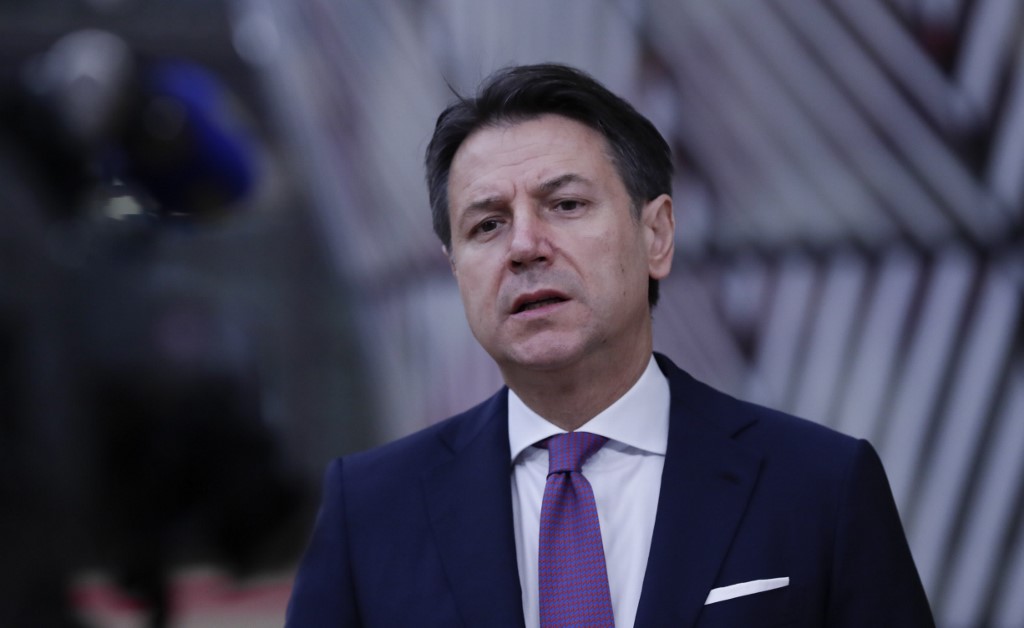 However, he acknowledged that he himself – a former law professor plucked from obscurity to lead a previous government after the 2018 elections – may not necessarily be at the helm.

“The only thing that really matters, regardless of who will be called to lead Italy, is that the Republic can raise its head again,” he wrote.

The current ruling parties, including the populist Five Star Movement and the centre-left Democratic Party (PD), are hoping to stay in office and avoid snap elections.

But forming a new government would mean working again with former premier Matteo Renzi's Italia Viva party, which sparked the current crisis by leaving the coalition.