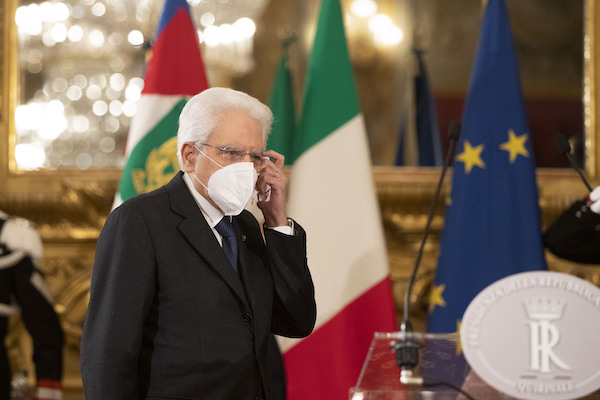 Sergio Mattarella said a parliamentary majority could be found based on the members of Conte's previous coalition and tasked the speaker of the lower house, Robert Fico, to open more detailed negotiations running through Tuesday.

The centre-left government has been in turmoil ever since former premier Matteo Renzi withdrew his Italia Viva party earlier this month, a move that forced Conte to step down this week.

The prime minister has stayed on in a caretaker position while dealing with the Covid-19 pandemic, which has left more than 87,000 people dead in Italy and triggered a deep recession.

But the uncertainty has raised questions about Italy's ability to manage the outbreak and draw up plans for a 220-billion-euro windfall in European Union recovery funds, which must be submitted to Brussels by April.

Earlier on Friday, the largest party in parliament, the Five Star Movement (M5S), said it stood behind Conte while leaving open the door to negotiations with Renzi.

“For the Five Star Movement, the only person capable of leading the country with seriousness and efficiency through this particularly complex phase is Giuseppe Conte,” said the party's leader, Vito Crimi.

The centre-left Democratic Party (PD), the other main party in the coalition, has also so far backed the prime minister.

Mattarella has been meeting since Wednesday with all parties to establish whether Conte has enough support to return at the helm of a stronger government, or if another prime minister should be named.

“The perspective has emerged of a political majority based on the groups that supported the previous government,” the president said Friday, but said it needed to be “verified”.

His withdrawal deprived Conte of his majority in the Senate, the upper parliamentary chamber, although opinion polls suggest the premier is still Italy's most popular politician.

M5S leader Crimi did not cite Renzi by name, but made a veiled reference to the boisterous ex-premier, saying that politicians must “resolve problems, and not add to them”.

M5S has been divided over whether or not to try to find common ground with Renzi after what many Italians view as an irresponsible and self-serving move by the Italia Viva leader.

But Crimi signalled that negotiation with Renzi was still possible.

His party would negotiate to rebuild “a government that starts from the majority forces that have worked together in the last year and a half,” he said.

Renzi, whose party is barely registering three percent in opinion polls, met with Mattarella on Thursday and later said the M5S and PD needed to make a sign of rapprochement.

Conte, a once obscure law professor, has already led two governments of different political shades since taking office after the 2018 general election.

The first was a fractious and unashamedly populist coalition between M5S and Matteo Salvini's far-right League, which ended when the latter pulled out in August 2019.

Conte went on to preside over another unlikely coalition — the so-called Conte II government — between M5S and the PD, two former sworn enemies, and Renzi's Italia Viva.

EXPLAINED: Why do Italian governments collapse so often?