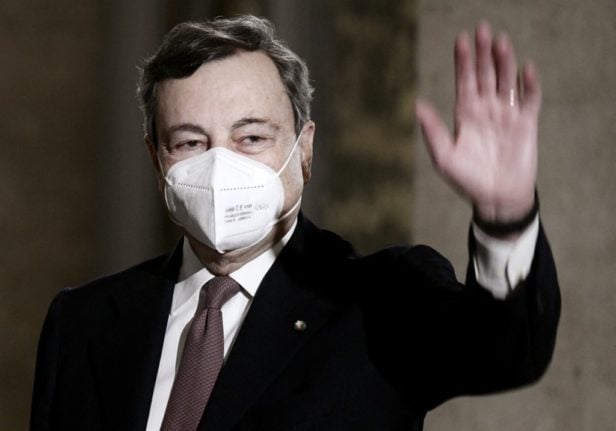 The star economist was parachuted in earlier this month to form a national unity government and lead his country through a devastating coronavirus pandemic and a crippling recession.

READ ALSO: These are Italy's new ministers under Mario Draghi

So far, he has the wind in his sails — almost all of Italy's main parties are behind him, the stock market is up, borrowing costs have fallen to record lows, and his personal popularity is soaring.

Born in Rome on September 3, 1947, into a well-off family, Draghi lost both of his parents in his mid-teens, leaving him to care for two younger siblings.

As a young man he was never a rebel, even if he sympathised with the 1968 protest movement. “My hair was quite long, but not very long,” he told German magazine Die Zeit in 2015.

Draghi was educated in a Jesuit-run elite high school where he excelled in maths, Latin and basketball, and shared lessons with the likes of former Ferrari boss Luca Cordero di Montezemolo.

“As a kid he was the same as now. He always had that sideways smirk he still has now,” another classmate, TV presenter Giancarlo Magalli, once told the Corriere della Sera newspaper.

In 1970, Draghi graduated in economics, with a thesis which argued that the single currency “was a folly, something that should absolutely not be done” — a view that later clearly evolved.

He earned a PhD from the prestigious Massachusetts Institute of Technology (MIT) in the United States, and then taught economics in several Italian universities. 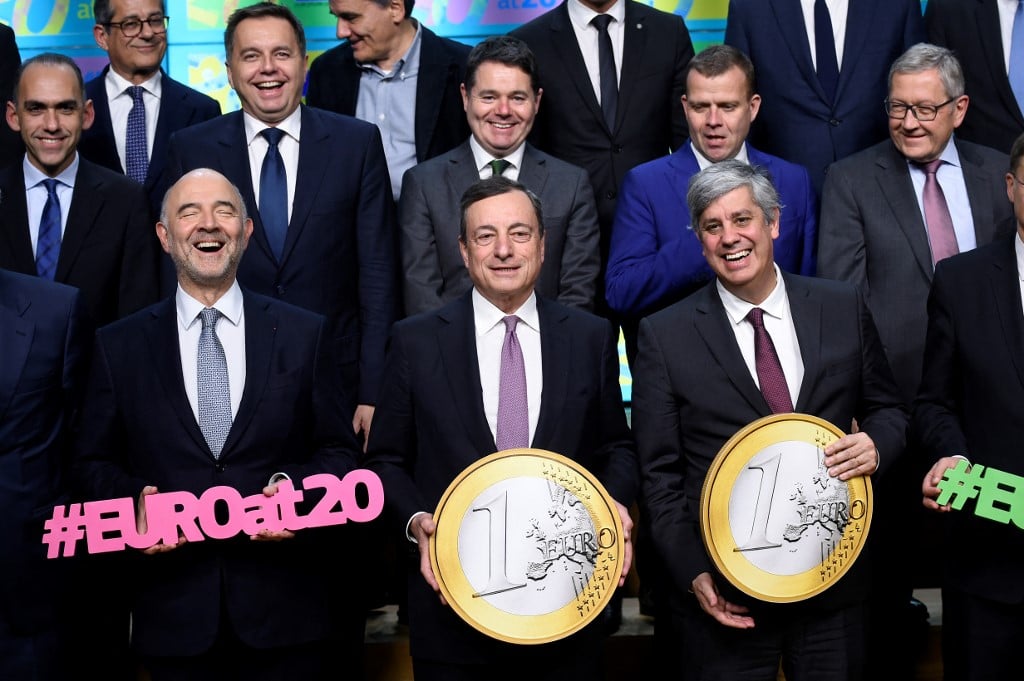 Mario Draghi, the former President of the European Central Bank (ECB), did “whatever it takes” to preserve the eurozone. Photo: AFP

After spending six years at the World Bank from 1984 to 1990, he led the treasury department at the Italian economy ministry for a decade, working under nine separate governments.

From that position, Draghi masterminded large-scale privatisations and contributed to deficit-cutting efforts that helped Italy qualify for the euro.

He developed an insider's knowledge of the Italian government — and also, apparently, a dislike of long meetings.

Speciale told AFP: “When there is a problem, he studies it very carefully, he listens to a wide range of opinions, but when he takes his decision, he leaves it to others to follow up.”

Early in his career, he picked up the nickname “Mr Somewhere Else” for his “habit of slipping out of meetings without people noticing”, said Alessandro Speciale, a journalist and Draghi biographer.

In 2002, Draghi joined the management of Goldman Sachs, before being tapped three years later to lead the Bank of Italy after a scandal involving its former head, Antonio Fazio.

He was named to head the European Central Bank (ECB) in November 2011, succeeding Frenchman Jean-Claude Trichet, when a near-bankruptcy situation in Italy risked triggering the collapse of the entire eurozone.

A year later, Draghi changed history by pledging to do “whatever it takes to preserve the euro”, adding: “And believe me, it will be enough.”

People who saw so-called Super Mario at work at the ECB say he was a skilful negotiator with sharp political antennas — talents he will need to marshall the myriad of parties comprising his new government.

Draghi was ready to play “bad cop” to sway decisions in his favour, a former aide told AFP. 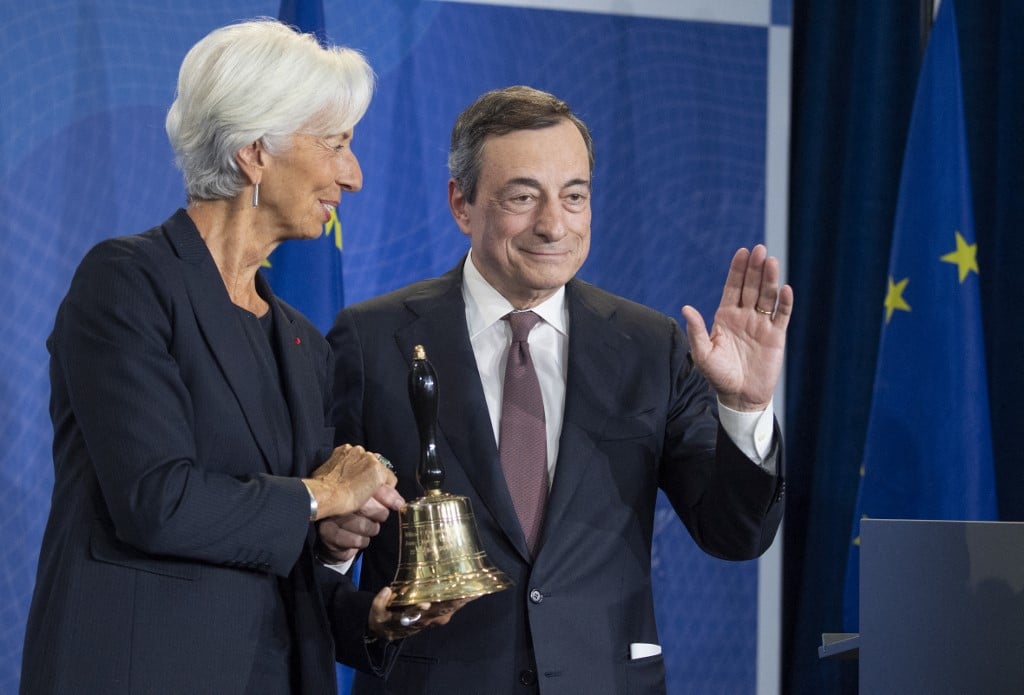 Mario Draghi, outgoing President of the European Central Bank (ECB) presents a bell to his successor Christine Lagarde at a handing over ceremony in 2019. Photo: AFP

“He has enormous influence in European and international circles,” and is someone who does not accept “lame compromises” for the sake of maintaining consensus, the aide said.

After leaving the ECB in 2019, Draghi laid low. He spent most of last year's coronavirus lockdown period in his country house in Umbria.

Draghi is married with two children and is a practising Catholic. In July, he accepted a nomination by Pope Francis to sit on a Vatican panel of experts on social sciences.

And now that he is about to become Italy's 30th prime minister since its republic was founded in 1946, many are looking to him to deliver a miracle for his beleaguered nation.