A year of extremes has shown many things about Italian life in a different light. Photo: AFP
Clare Speak
[email protected]
ClareinItaly


One year since Europe’s first major coronavirus outbreak exploded in northern Italy, and the last 12 months have been pretty grim. But the Italian response to the crisis has also taught us a few things.

Italy was the first western country to declare a nationwide lockdown, and has enforced some of the strictest rules in Europe. Tough restrictions are still in place; from a ban on inter-regional travel to mandatory mask-wearing whenever out of the house.

One year ago, it was impossible to imagine that Italy would soon live under a 10pm curfew, with family gatherings forbidden and restaurants and bars closed in many parts of the country.

MAP: Which zone is your region in under Italy's coronavirus rules?

Perhaps it was even harder to imagine that people in such a famously rule-averse country would go along with all this.

Of course, not everyone has followed the rules – as we can see from the thousands of fines handed out by police every month – but Italy hasn’t had the sort of mass disobedience or large anti-lockdown protests seen in the UK, USA or Germany, for example.

For the most part, people in Italy are sticking to the rules and taking them very seriously indeed.

As one Italian friend put it: “When rules are actually important, we can follow them very well.” 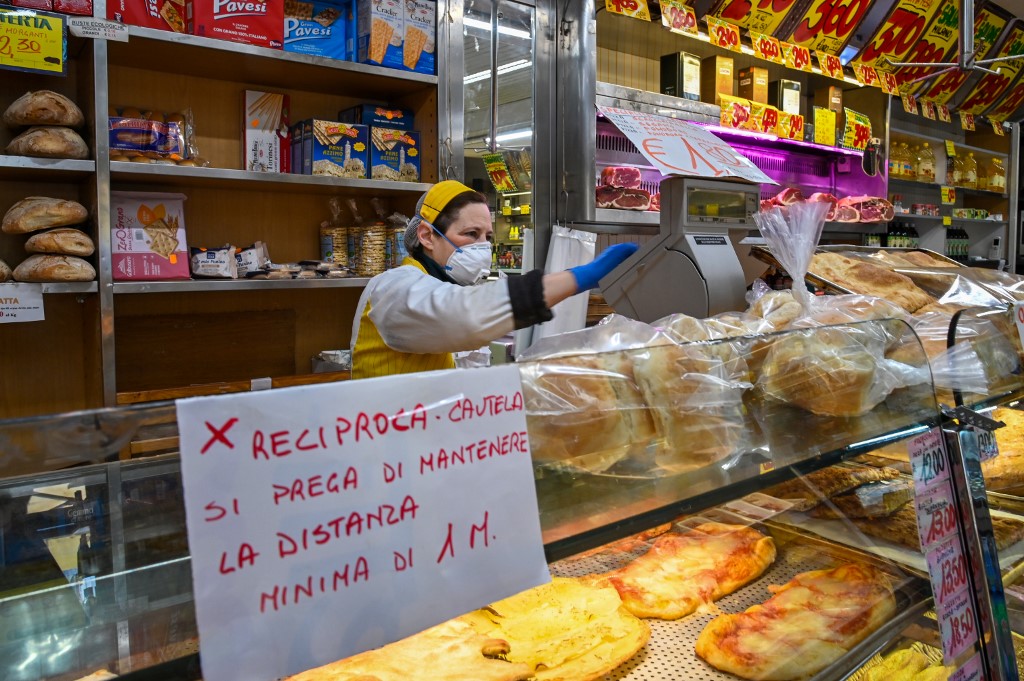 Italian healthcare can be excellent (but it depends where you are)

The coronavirus crisis has shown us that Italy’s national health service can be far more efficient than many people might expect.

As one American doctor based in Rome recalls: “When Covid-19 struck northern Italy like a bolt from the blue, the authorities got their act together surprisingly fast.”

The overall medical response in Italy has not been without issues however, and is “also hamstrung by chronic and ever-worsening underfunding”.

And the coronavirus crisis soon highlighted the enormous disparities between the standard of healthcare provision across Italian regions.

Italy has long had a north-south 'health gap' and a problem with inequality in the funding of healthcare between its regions, each of which manages its health infrastructure independently under the country's decentralised system.

As some of Italy’s best-funded hospitals in its wealthiest region, Lombardy, were overwhelmed by the sheer volume of coronavirus cases, healthcare providers in poorer southern regions feared the worst should they suffer an outbreak on the same scale.

The issue of often large regional differences in healthcare provision is now being highlighted once again, as each local authority organises its own vaccine roll-out.

It is possible to do (some) things online

We think it’s fair to say Italy hasn’t been at the forefront of embracing digital technology. Before the pandemic, remote working and online shopping were almost unheard of, and in many areas, the best (and sometimes only) way to get information was by going somewhere and asking in person.

But all that is now changing, even if not at lightning speed.

One of the biggest changes is that Italy’s notorious bureaucracy is moving online. More processes will no longer require numerous paper forms, as the pandemic pushed authorities to speed up a transformation process that had been in the works for some time.

Digital payments are also being increasingly adopted for the first time in Italy during the coronvirus crisis.

As anyone who lives here will know, cashless payments are still not the default option in Italy. Sometimes, especially outside the bigger cities, they’re not really an option at all.

READ ALSO: Italy rated 'worst in Europe' for internet and paying without cash

But while some people have recently switched to card payments due to concerns about contagion, many others have adopted electronic payments as they take advantage of numerous ‘cashback’ schemes introduced in recent months.

The government had long been planning to bring in the incentives for those who pay electronically in the hope of tackling Italy’s widespread problem with tax evasion.

One of the biggest changes Italy has seen during the pandemic is the loss of most international tourism, which until last year accounted for some 13 percent of national GDP. Most travel into Italy still remains heavily restricted.

Like everywhere else, the Italian economy is struggling, prompting industry calls for tourism to restart as soon as possible. But whle everyone wants visitors to come back, some in the tourism business are unsure things will ever be quite the same again. Others say Italy now has a chance to move away from overtourism and find a more sustainable way forward.

Italy’s plans for spending the billions of euros in EU recovery funds arriving this year include major restructuring of the economy, with the aim of making it more sustainable. There are hopes that Italy could in future rely less on mass tourism and more on its strong manufacturing sector, for example.

Italy goes through governments and prime ministers at a surprising rate, but you still might expect politicians to put petty disputes to one side during a pandemic and focus on managing the crisis.

That’s not what has happened, however. For most of the past month, the country was without a fully-functioning government after a political spat led to its collapse.

The newly-installed prime minister only last week got through the bureaucratic wrangling needed to form a new government. The public is yet to hear the details of his plans for dealing with the pandemic and economic crisis.

Even during a pandemic, the world of Italian politics remains as unpredictable as ever. 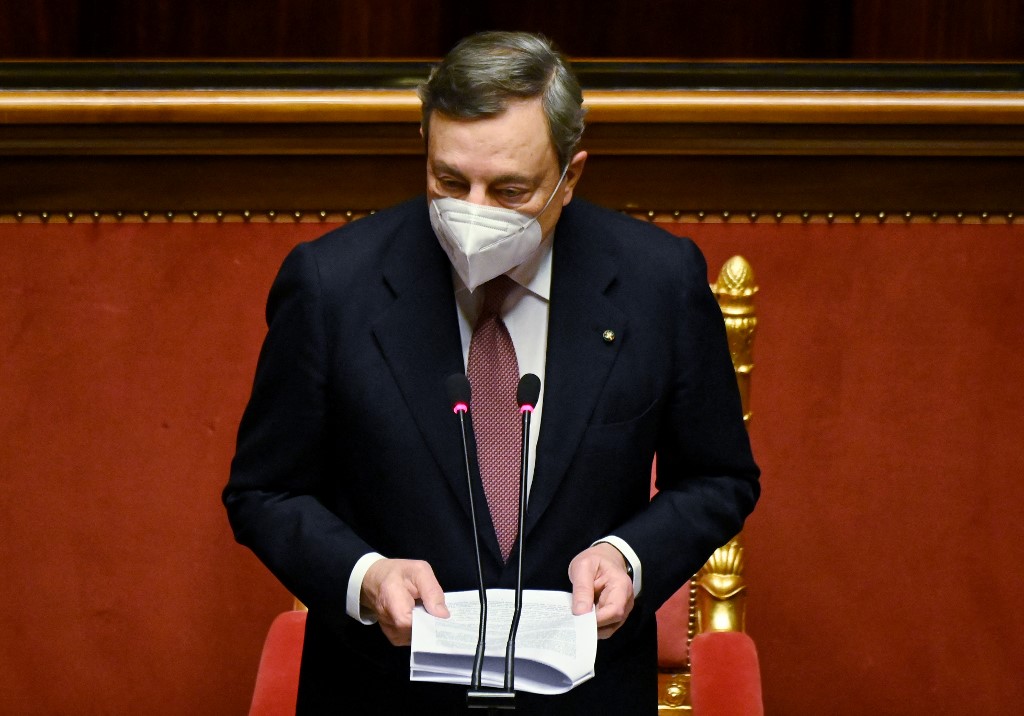 One major change to everyday life is that we can now buy takeaway coffee absolutely everywhere in Italy for the first time.

Previously seen as sacrilege, the concept was embraced during lockdown as, with all coffee bars closed to the public, people had little other choice. Now, some bars will even deliver your morning cappuccino and cornetto to your door.

Though coffee in disposable cups may be convenient – and right now, essential to bars staying in business – it's very common to hear people grumbling that drinking coffee from polystyrene doesn't taste right. We'll have to see whether people continue ordering takeaway drinks once the pandemic is over.

There is truth in some of the clichés

The question of what is “essential” shopping has been debated in all countries this year. In Italy, that has been eggs, cheese, flour, and disinfectant. And hair dye, as hairdressers were closed for months during the strict spring lockdown.

No one was expected to forego fresh pastries or a good bottle of wine, either. Enoteche, panefici and formaggerie were among the food shops classed as essential. This is still true now in the highest-risk areas, where hairdressers are now also allowed to stay open.

At a time when every trip out of the house required filling in a lengthy form you might have thought people would forego their daily food shopping trips, but queues stretching out of the bakery or deli and into the road were (and still are) a common sight.

There are some things that even pandemics can't change.