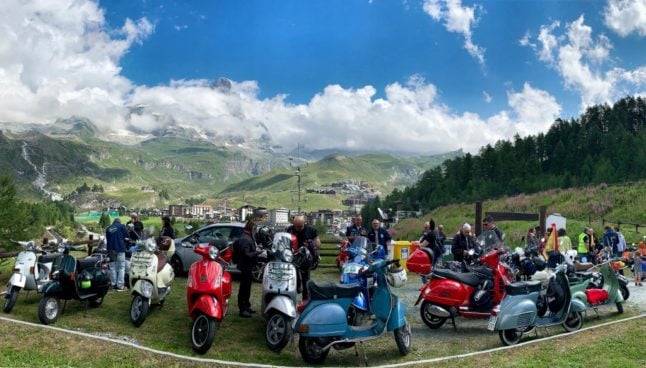 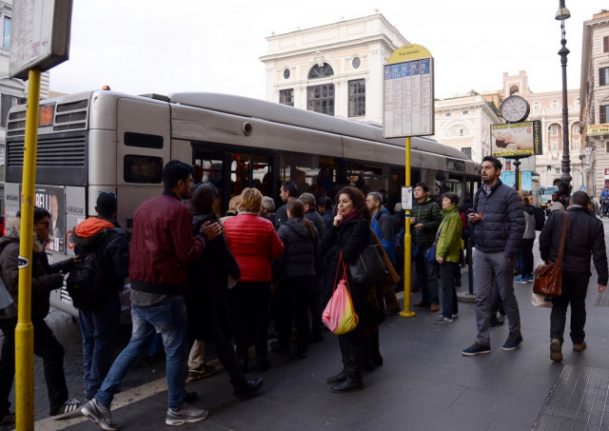 Passengers cramming onto a bus in Rome's Piazza Venezia during a previous strike. Photo: Filippo Monteforte/AFP

The national strike on Friday 25th October will affect flights to and from Italy as well as public transport, including buses, trains, ferries and motorways, in and around the cties of Milan, Turin, Florence, Rome, Naples, Palermo and Catania.

Italian airline Alitalia said it has cancelled some 200 flights on Friday, and other airlines expected to hit by delays or cancellations include Ryanair and Easyjet.

The national strike action has been called by trade unions protesting over pay and working conditions.

Rome is set to be hit hardest as general strike action is also planned by public and private sector employees, including by waste management company AMA, on Friday, at the same time as the general transport strike.

Unions told local media they were protesting the way public services were being run in the capital.

“It is a strike for Rome, where citizens have poor services and workers work in humiliating conditions. Enough with the degradation of this city,” a representative of the CGIL union told La Repubblica.

Amid the ongoing rubbish crisis in Rome, residents are now being urged by Ama not to throw out their trash on Friday during the strike, but to instead wait until Saturday, when Ama says collection services will resume.

The exact timing of the 24-hour strikes will vary, and some services on Thursday evening may also be affected.

Anyone travelling in, or flying to or from, Italy on Friday should contact their airline, train operator, or local public transport authority to confirm their service will be running.
It's not yet clear how Italy's network of toll motorways will be affected by the strike action. During similar previous strikes, traffic has been filtered through self-service toll booths, causing queues and delays during busy periods.

Transport strikes in Italy are scheduled in advance, and you can find information about planned disruptions (in Italian only) on the Transport Ministry's website.

ritardato or in ritardo – delayed