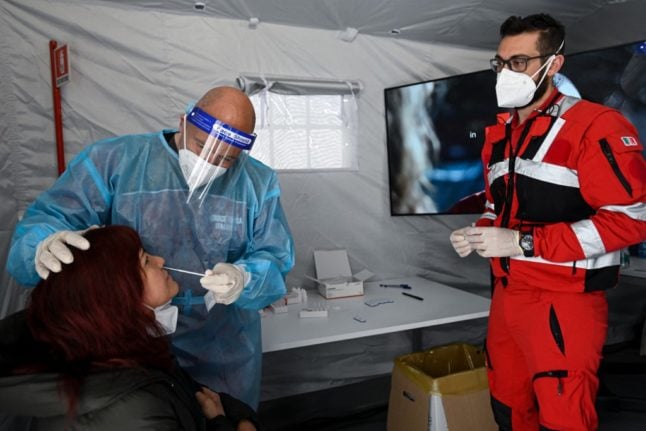 Italy’s Red Cross (Croce Rossa Italiana) plans to carry out up to 3,000 free rapid antigen swab tests a day across 11 of the country’s biggest cities from May.

The first free testing at stations came with the launch of ‘Covid-tested’ train services on the Rome-Milan route.

However, the tests are freely available to the general public, whether or not they are about to board a train.

“Without cost, age limit or medical prescription, anyone can undergo rapid antigenic swab testing,” the Red Cross said when announcing the plan.

The test result can be used as a ‘green pass’, which at the moment is used for domestic travel, but is expected to be extended to EU-wide travel by summer.

The additional nine stations are expected to have their free testing services up and running by mid-May.

In Cagliari, for example, the Red Cross testing facility will open on May 15th in an area of the train station formerly occupied by a newsagents.

It will be open from 8am-2pm, and staffed by a doctor and two nurses, local media reports.

The opening hours for each testing centre are expected to vary between stations.

Regional authorities throughout Italy are also looking at opening more Red Cross testing centres in locations outside of major cities but popular with tourists, such as north-western Sardinia.

Meanwhile, Italy is also making home testing kits available in pharmacies and supermarkets in May, and allowing pharmacists to conduct swab tests.

Both will give rapid results in around 15 minutes, and the result would need to be confirmed by a more reliable PCR test if it comes back positive.

The home testing kits will cost around 6-8 euros each, while rapid swab tests at pharmacies will be around 20-40 euros depending on which Italan region you’re in.

While pharmacies can issue test results to be used as a travel ‘green pass’ (depending on regional rules) it’s not clear if a negative result given by home test kits could be valid for travel.