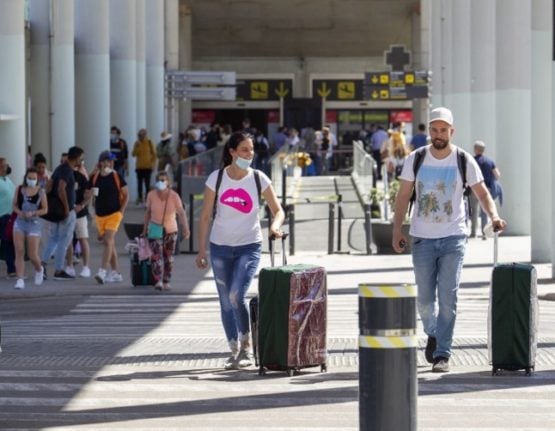 Spain’s Health Ministry has updated its entry requirements for EU/EEA countries to exclude most German states, Italian regions and other countries from its risk countries/areas list, a decision which effectively means that more European travellers can visit Spain without having to prove their Covid status or pay for diagnostic tests.

Spanish authorities have reached this decision based on the improving infection rate in these areas and their advanced vaccination campaigns, meaning that the people travelling from countries/areas no longer on the risk list do not have to show proof of a negative PCR test or antigen test, proof of vaccination or proof of recovery.

The lifting of the testing requirement came into effect on Monday June 21st and applies to travellers from all German states except Baden-Württemberg and Saarland, who will still have to prove their Covid-19 status.

The omission from the risk list of Austria, Czech Republic, Slovakia, Hungary ,Finland, Poland, Romania, Bulgaria and Malta effectively means that travellers from these countries do not have to show proof of Covid status when travelling to Spain.

Greek travellers from Anatoliki Makedonia Thraki, Ipeiros, Peloponnisos and Voreio Aigaio can also come to Spain test-free, as can Croatians heading to Spain from Panonska Hrvatska.

If you want to travel to Spain from a territory that’s still on Spain’s risk list, here are the entry requirements you have to meet.

READ ALSO: What you should know before getting an antigen test for travel to and from Spain

Spain’s EU/EEA risk country/area list has remained practically unchanged in 2021, only including small islands and isolated territories in the bloc as exceptions to the testing rule.

The list is updated on a weekly basis, meaning that this latest version is valid until June 27th.

There are also travellers from third countries from outside the EU/EEA who can visit Spain without having to show a vaccine/test/recovery certificate, such as the case of British tourists, who have been able to visit Spain without a PCR or antigen test since May.

However, all international travellers flying to Spain, whether they’re from the EU or outside or are on the risk list or not, must make sure they fill in a health control form on the Spain Travel Health website or app before travelling to Spain. Travellers should also remember to check the entry requirements of their countries for travel from Spain.

If you’re planning on staying at tourist accommodation in Spain’s Canary Islands, you should check their requirements here.