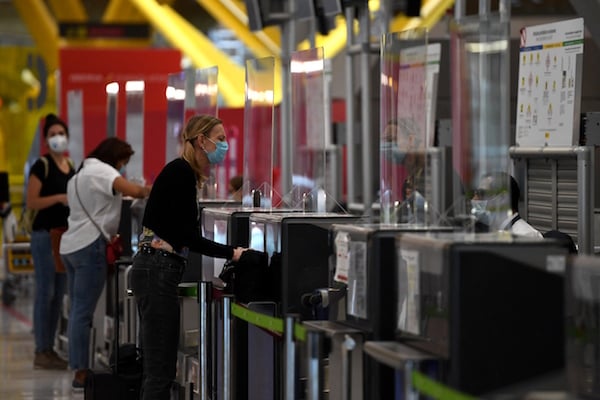 What are the new rules?

As you may know, since the start of 2021 non-resident Brits now face new restrictions on the length of time they can spend within the Schengen area, which includes Italy.

The rule, which applies to all residents of non-EU or Schengen zone countries, says that people who are not resident can only spend 90 days out of every 180 in the bloc.

The Schengen zone is a group of 26 European countries (of which 22 are EU states) which have agreed to allow passport-free travel between their mutual borders. This includes Italy. As the rule now applies to British nationals (who are not resident in a Schengen country), it’s become an important consideration particularly for people with second homes in Italy, and anyone else who usually splits their time between two or more countries for any reason.

How do I calculate my 90 days – and what exactly counts as a ‘day’?

“The 180-day reference period is not fixed,” as the European Commission explains, “it is a moving window, based on the approach of looking backwards”.

That means taking a calendar and highlighting all the time spent in Italy and other Schengen countries already over the past 180 days.

This means you start counting on the date you arrive in Italy (or the Schengen zone), rather than on the first full day in the country. Your entry and exit days may count as either full days or half days spent in the country, depending on timing.

This site has a full explanation of how the 90-day rule works, as well as a calculator to allow you to work out your visits.

If police or border officials ever question how long you’ve been in the EU or Schengen zone, this will be how they calculate if you’ve overstayed or not.

A few things to note are; Will I have to spend three months away from Italy?

Whatever your preferences or calculations for your time spent in Italy and other Schengen countries, once the 90 in 180 day-period is over, you will have to spend 90 days outside of the Schengen zone.

As the europa.eu website puts it, “an absence for an uninterrupted period of 90 days allows for a new stay for up to 90 days”.

Plan ahead to make sure this absence from the Schengen area doesn’t fall at a time when you want to be in Italy.

However, remember that you are always counting back the last 180 days, so if you have not exhausted the 90-day limit over the past six months, you will not have to leave the Schengen area until that’s the case.

READER QUESTION: Can Brits stay more than 90 days in the EU if they have a European spouse?

When that happens, know that 90 full days outside of the Schengen area and Italy will give you a new period of 90 days.

This means that if you start your 90-day period during the summer in Italy, it will mean that the six-month window will end in winter, and you won’t be able to enter the Schengen zone for the next three months.

For many Brits in this situation it will mean spending the coldest, darkest and wettest months of the year back in ‘Blighty’, which is often exactly what they don’t want.

In order to enjoy warmer winters in Italy and mild summers in the UK, try to avoid starting your 180-day Schengen window in summer and wait instead until at least October or November to enjoy three months of winter sunshine for the following six months.

Can you split your time in Italy into several trips?

Over a period of 180 days, you can spend four three-week holidays (22.5 days each) in Italy, and alternate it with three-week periods in the UK or outside the Schengen Area.

You can also break the three months you have available into six-week periods. For example, if you arrive at the beginning of November in Italy, spend six weeks there till the middle of December, then return to the UK to spend Christmas and New Year in the UK,then go back to Italy in the middle of January until the end of February.

Explained: What Brits need to know about visas for Italy after Brexit

The UK’s Covid-19 travel restrictions and testing requirements mean this isn’t as affordable or practical at the moment, but in normal times there are countless low-cost airlines operating between both countries to make it a feasible option.

This way you’ll be able to spread out your time in Italy over a six-month period.

It’s worth highlighting that time spent in other Schengen countries counts towards the total number of days, so factor this in if you’re planning on travelling around Europe.

If you have to leave Italy but you don’t want to return to the UK, there’s also the option of spending some time in other countries outside of the Schengen area.

What happens if you overstay?

Needless to say, overstaying your time in Italy is not a good idea. There is no clear mention in Italian government sources regarding fines, deportations or travel bans from the Schengen area for overstayers, but the likelihood of there being a record of this is high.

If you are caught over-staying your allocated 90 days you can end up with an ‘overstay’ flag on your passport which can make it difficult to enter any other country, not just Italy, and is likely to make any future attempts at getting visas or residency a lot more difficult.

Is there a way I can stay in Italy longer than 90 days?

After the end of the Brexit transition period, British citizens now require a long-stay visa in order to legally spend more than 90 days in 180 in Italy.

Requirements and fees vary depending on the type of visa you need to apply for.

Here is a quick overview of the types of visa available for non-residents hoping to spend more than 90 days in Italy.

For more details about the process of applying for a long-stay visa, see the Italian Interior Ministry’s website or the EU immigration portal.

If you really want to spend long periods in Italy you may look at taking up Italian residency.

This is more than simply declaring that you live in Italy. To become resident you will need to apply for a residency permit, or permesso di soggiorno – which means you’ll pay tax in Italy and comes with its own conditions: find more information on those here.