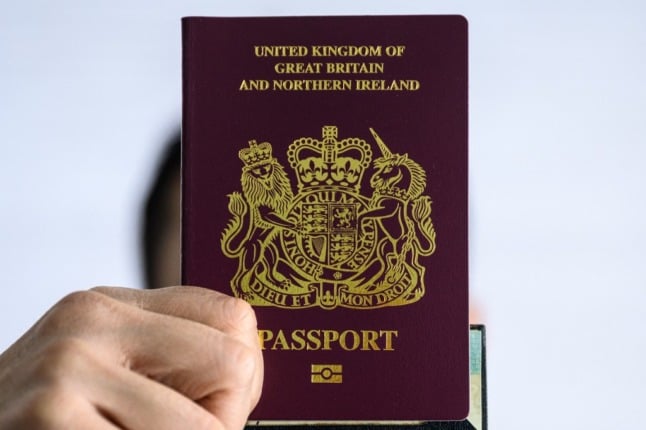 Since Britain left the EU, Brits living in Italy have faced new complications when travelling to the UK.

The main issue is that presenting a British passport at the border has caused confusion for border control officers. Based on a passport alone, there’s no way of telling who is a British tourist and who has residency in Italy.

For visitors, the 90-day rule now meaning that British citizens can no longer spend more than 90 days out of every 180 in the Schengen zone.

READ ALSO: How long can Brits stay in the UK without losing their EU residency?

Border guards keep track of how long people have spent inside the bloc by scanning passports and stamping them, which establishes a record of exactly when the person entered the Schengen zone and when they left.

But the 90-day rule applies to visitors rather than residents. British citizens who are resident in Italy should not have their passport stamped at the border.

In practice, though, concerned readers continue to contact The Local to say their passports are being stamped on both entry and exit – even when they can prove they are residents.

Raymond Antonelli is one dual national who travelled back to Italy from the UK in September and got his passport stamped by Italian border control at Treviso airport.

He has residency in Italy, but authorities still stamped his passport – four times in total, for the outward and return journeys across two trips. When he planned another trip to the UK in October, he said: “I prepared myself for the passport control in Trieste airport, but they still stamped my passport regardless of my claims that I was an Italian and had residency.”

He told The Local that he provided plenty of documentation on each of the four occasions that border guards stamped his British passport, including his Italian identity card confirming Italian citizenship, residency documents from his comune (pre-Brexit) and his British passport.

Citizens’ rights groups have raised concerns that passport stamps may cause problems the next time British citizens leave the Schengen area if they are over the 90-day limit.

The British authorities insist that this should not be happening.

“UK nationals who were living in Italy before January 1st 2021 should not have their passport stamped when entering or leaving the EU. UK nationals should proactively show their residence document or other evidence of residence status at border control,” a UK government spokesperson told The Local.

“If a passport is incorrectly stamped, the stamp is considered null and void when you can show evidence of lawful residence to a border guard.”

The Local also spoke to the EU Commission earlier this year, who confirmed that the passports of British residents whose rights are protected by the Brexit Withdrawal Agreement should not be stamped.

EU officials have tried to get that message across to border police in all member states, they added..

How can you stop border guards from stamping your passport?

When approaching passport control going either in or out of the country where you live, you should present both your passport and proof of residency.

The British Embassy advises UK nationals who are resident in Italy to obtain the new carta di soggiorno elettronica from their local questura.

This is not mandatory, but the embassy explains that this is the clearest evidence of your rights in Italy under the Withdrawal Agreement.

READ ALSO: ‘What I learned when I applied for the Brexit residence card for Brits in Italy’

If you don’t yet have the carta di soggiorno elettronica, you could show your ‘attestazione di iscrizione anagrafica’, EU residency document, or frontier worker permit issued under the Withdrawal Agreement.

If you have applied for, but not yet received, your residence document, carry your certificate of registration (the receipt issued when registering your residence).

The UK government advises that other forms of evidence could include your tenancy agreement or a utility bill in your name dating from 2020.

The Local’s members (and writers) have found that, just as the UK government advises, you have to be very proactive about proving your residency.

Don’t wait to be asked for it: at busy borders, officers may just presume that anyone presenting only a passport is a tourist.

You might think proof of residency is only needed when entering the country, but in fact you should show it when leaving as well, as passports are regularly stamped on both exit and entry.

READ ALSO: ‘A stamp in a British passport does not put residency rights into question’

If you are travelling within the Schengen zone it is a lot less likely that documents will be required when crossing the border, but if asked, you should present both your passport and residency documentation.

If you cannot prove that you are a resident in Italy, you may be asked additional questions at the border to enter the EU. Your passport may be stamped on entry and exit. But UK authorities insist that this “will not affect your rights in the country or countries where you live or work”.

What happens if my passport is stamped in error?

The EU Commission has previously stated that: “a wrong stamp in a passport can never put into question the right to reside in the host Member State”.

The Local has so far not received any reports of travellers who have later run into problems after an incorrect stamp.

British nationals can ask border guards to cross out stamps, as some have done, according to reports we have received.

The advice from all official bodies is to carry with you at all times the documentation that proves your right of residency in the EU.

So, while proving your residency status might mean delays and questioning while travelling, it seems unlikely that it will cause bigger problems down the line.

Further information can be found on the UK government’s Living in Italy website. The Living in Europe page gives details on the European Commission’s assistance service and how to resolve issues or submit a complaint.

Find all The Local’s updates for UK nationals in our Dealing With Brexit section.

TRAVEL NEWS
Passports: What are the post-Brexit rules for dual-nationals travelling in Europe?
Url copied to clipboard!