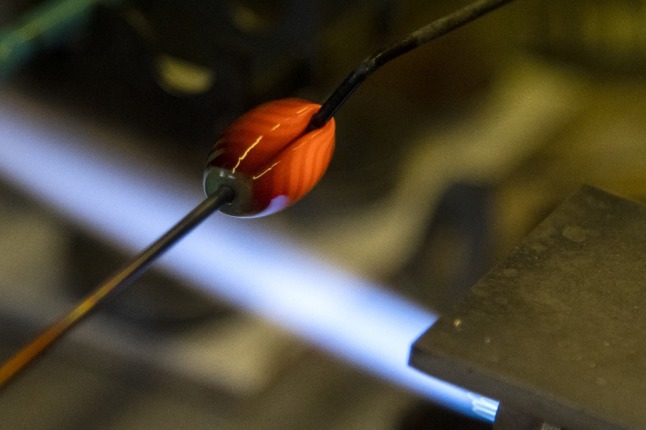 “It’s a huge problem… A hurricane has hit the economy,” Luciano Gambaro, head of the Promovetro glass association, told AFP, describing bills that have risen a whopping 600 percent.

Murano’s artisans fashion everything from tiny, coloured animals to majestic chandeliers, seven days a week. To do so, they need one key thing: heat.

Energy is their second biggest expense, after labour costs, and they are suffering amid the record rise in gas prices seen worldwide.

“On the December bill, the price was 1.27 euros, a rise of over 600 percent,” said Gambaro, who employs six people and is feeling the strain.

There have been glassmakers on Murano – a series of islands linked by bridges – since the 13th century, when they were moved from Venice proper after devastating fires which began in their furnaces. 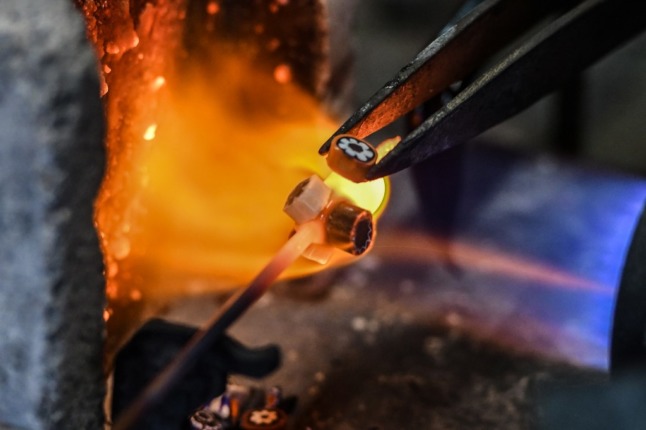 Some have kept their creations in vogue by partnering with renowned designers. Others have seen their glass included in art displayed in major museums.

In a bid to stave off a crisis, the Veneto region forked out three million euros in November to help compensate for the glassmakers’ spiralling energy costs.

“Unfortunately, that will all be used up by the end of February,” said Gambaro, who admitted to being “very worried” about the prospect of “paying the full price from March”.

It is “a bigger problem than Covid”, he said, in reference to the coronavirus pandemic forcing a series of financially-punishing lockdowns, emptying Venice of tourists.

Cristiano Ferro, whose company Effetre Murano employs 32 people and makes semi-finished products — brightly coloured blocks, rods and sheets to be shaped and crafted by glassmakers — in 16 kilns, says gas prices are “just the tip of the iceberg”. 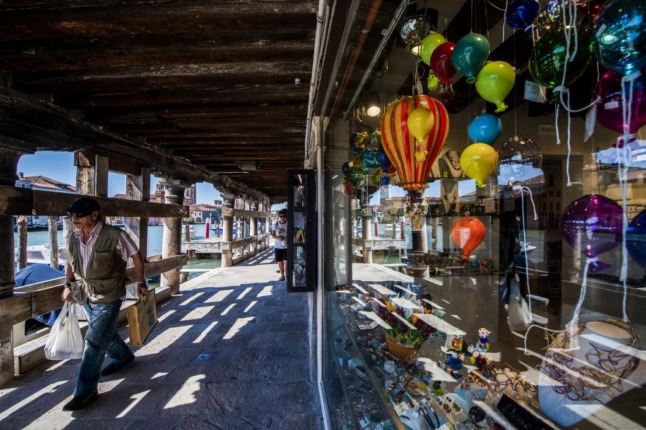 Glass products for sale along the canals on the island of Murano, Venice. Photo: Tiziana FABI / AFP

Companies like his have few solutions, apart from upping their own prices.

“We have increased the costs by 15 to 30 percent, now we’ll see how the market reacts,” Gambaro said.

There is no quick fix, he explained: it is very costly to shut down and restart the furnaces.

Instead, he said European countries need to put pressure on supply countries — in this case Russia — with jointly-agreed countermeasures.

Italian Prime Minister Mario Draghi has said many of the reasons for the energy price increases are temporary but called for long-term action, including at a European level, to address the problem, including through diversifying supplies.

Italy is highly dependent on imports and consumes a large amount of gas.

Some 40 percent of its primary energy consumption is gas, compared with about 15 percent in France, according to official statistics for both countries.

Manufacturers and consumers across Italy have been repeatedly hit by soaring gas and electricity bills over the past year, and the government has so far pledged 5.5 billion euros in financial support which has limited – but not prevented – the steep increases.

Despite the threat to Murano and its glassmakers, Gambaro refuses to despair.

“We have a problem, but we will overcome it,” he said. “We have been here for a thousand years.”