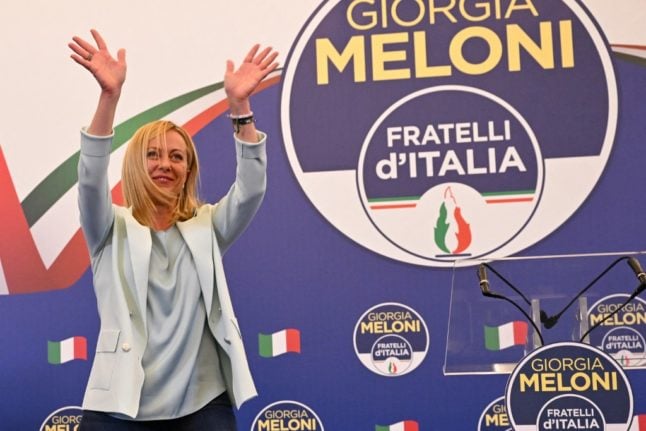 Brothers of Italy leader Giorgia Meloni claimed victory on Monday after her party took the largest share of the vote in Italy's elections. Photo by Andreas SOLARO / AFP

Together with a smaller party representing less than one percent of the vote, their right-wing coalition secured 43.8 percent of votes in the lower house of parliament.

The League and Forza Italia performed worse than expected, after taking 17 and 14 percent of the vote respectively in 2018.

With additional votes from Italians abroad and in two independent regions, the coalition ends up with a total of 237 seats in the 400-seat Chamber and 115 seats in the 200-seat upper house Senate – a clear majority, but not the two-thirds ‘super majority’ it had been hoping for.

Italy had been waiting for a final result on Monday, but counting took longer than expected – despite the lowest general election turnout in Italian history.

All Italian regions had completed their ballot count on Tuesday morning except Sicily, where local media ran headlines about a scrutinio lumaca, or ‘snail count’.

Voter turnout fell to a low of around 64 percent, about nine points lower than the last elections in 2018, and was particularly low in the south of the country.

Around one in four of those who voted in Sunday’s election backed Meloni’s Brothers of Italy (Fratelli d’Italia or FDI) party, which has post-fascist roots.

Meloni had already claimed victory on Monday morning, with the result already clear long before it became official. Her party’s easy victory was just as predicted by exit polls on Sunday night – and in line with that predicted by opinion polls throughout the election campaign.

As the leader of the biggest party within the winning coalition, Meloni is now set to become Italy’s first female prime minister – although the process of forming a new government is expected to take weeks.

“Her challenge will be to turn this electoral success into a governing leadership… that can last,” Lorenzo De Sio, head of Italian electoral studies centre CISE, told AFP.

Analysts say Meloni drew much of her recent surge in support from Italy’s other right-wing parties, particularly the League, as well as from right-leaning supporters of the populist Five Star Movement.

Meloni’s “dissatisfied and essentially defeated allies” would likely be a “problem” in government, the Corriere della Sera newspaper said. 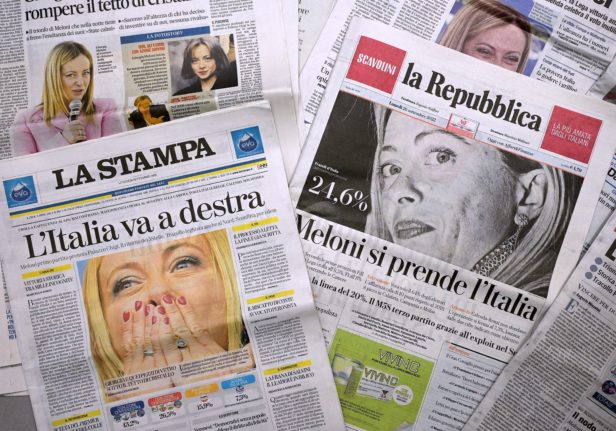 A glum Salvini, who has clashed with Meloni on a range of policies, not least her stance on Russia and the war in Ukraine, said winning just nine percent had been a blow.

Meanwhile, 85-year-old former prime minister Berlusconi said he sees himself as a “father figure” within the coalition and is angling for a “director” position in Meloni’s government.

Italian politics is notoriously unstable, with nearly 70 governments since 1946, each lasting around 18 months on average.

There have been three different governments in Italy since the last election in 2018.