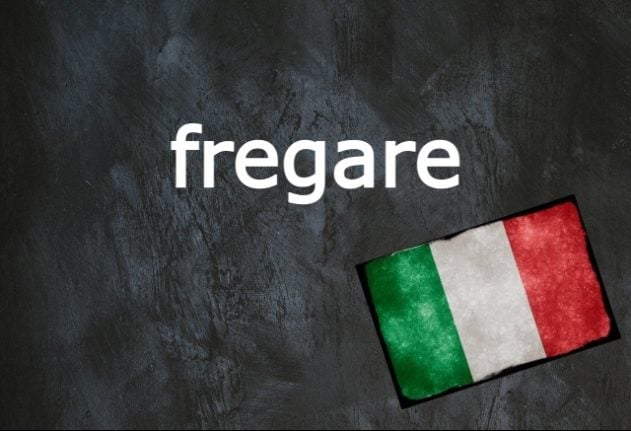 Like many other Italian verbs, ‘fregare’ can have multiple meanings depending on the way it’s used and on the overall context of a conversation.

It can – and does – cause confusion among non-native speakers.

Let’s start with its most common usage.

‘Fregare’ is possibly the most natural Italian rendition of the English verb ‘to scrub’ and, when bearing such a meaning, it is invariably used in relation to cleaning, primarily household chores.

For instance, after a meal, an Italian friend or relative might ask you the following question:

Could you help me do the dishes? There’s a pot that needs scrubbing over there.

On a similar note, ‘fregare’ could also be translated with the English ‘to rub’, as in this case:

But these are just the most literal, and perhaps least problematic, meanings of the verb.

Aside from the aforementioned ’scrubbing’ and ‘rubbing’, ‘fregare’ is also widely used to indicate the not-so-noble act of deceiving or tricking someone for personal gain.

For instance, if someone tried to hand you a fake 50-euro banknote, you’d be well justified in accusing them of trying to ‘fregarvi’ (‘swindle you’).

Interestingly, the popular word ‘fregatura’, which corresponds to the English ‘scam’ or ‘hoax’, stems precisely from the above meaning of the verb.

But, there’s more. While on the subject of illicit or socially reprehensible deeds, it’s worth mentioning that ‘fregare’ can also mean ‘to steal’ or ‘to nick’, especially so when in reference to items of no great inherent value.

Someone stole my bonsai tree last night. Shame on them.

And ‘fregare’ might also be used to refer to the very subtle art of not caring about stuff that others may expect you to care about.

However, this peculiar usage of the verb requires an equally peculiar construction.

You’ll need to place the appropriate personal pronouns (‘me’, ‘te’, ‘se’, ‘ce’, ‘ve’, ‘se’) and the pronoun ‘ne’ (meaning ‘of it’) before the verb ‘fregare’, which must be conjugated according to to its subject.

What do you think of fusion cuisine?

To be honest, I don’t really care about it.

Have you listened to Nino D’Angelo’s latest album?

Who the hell cares…

As you can see, this is not a particularly nice way to say that the subject of a conversation doesn’t really concern you. So you might be better off using other constructions.

Truth be told, even when employed with the meaning of ‘stealing (something)’ or ‘tricking (someone)’, the verb ‘fregare’ is barely ever used in formal settings and often avoided altogether when speaking with people you don’t know well.

As such, use it with caution. 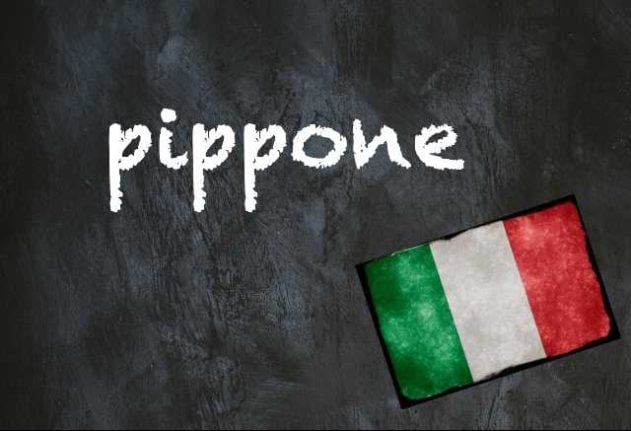 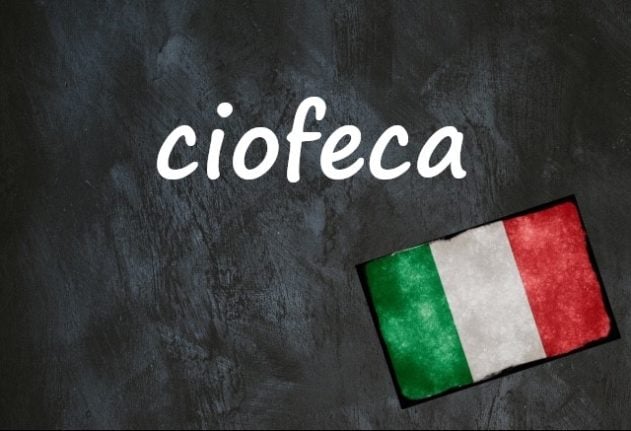