This app has been a game changer for Rome residents (or visitors) who rely on the city’s public transport to get around.

In pre-myCicero days, you had to buy a paper ticket from either a metro station (if the machines worked) or a tabaccaio newsagent’s (if it was open).

If you found yourself ticketless and without any metro stops or tabaccherie nearby, your options consisted of jumping on the bus and crossing your fingers you wouldn’t be stopped by an inspector, or walking home.

With myCicero, you can buy tickets in advance and activate them whenever you need. Similar apps recommended by ATAC, Rome’s public transport operator, include Telepass Pay, TicketAppy, DropTicket and Tabnet.

As of January 2023, ATAC says you can pay all fares by contactless card – but as the system is very new and Rome’s public transport doesn’t have the best reputation, we’ll be using the app for a while longer. Download here.

Aside from its immense historical patrimony, world-class cuisine and all-around beauty, one of Rome’s best features is its many nasoni fountains dispersed throughout the city that provide free drinking water to passersby.

To encourage people to take advantage of this service and discourage the use of disposable plastic bottles, water utility provider Acea created this app that maps all of Rome’s drinking fountains and shows where you can find the nearest one. 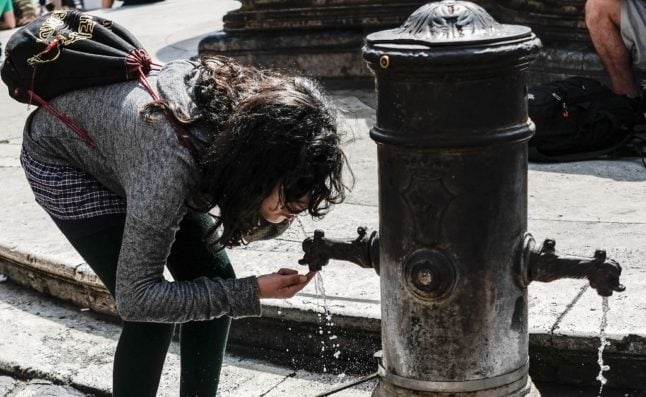 A woman drinks from one of Rome’s fountains. Photo by Andreas SOLARO / AFP.

Its precursor, I Nasoni di Roma, is also still active, though a bit less well serviced.

If you’re in the mood for a history lesson, Waidy also provides information about Rome’s larger fountains of historic and artistic interest. You can download the app here.

If you have a fixed appointment in Rome, you probably don’t want to rely on the city’s public transport to get there on time.

In that case you may want to use one of the several car-sharing apps that allow you to move around the capital without worrying about having to pay for parking.

Enjoy is one of the most popular, but there’s also Car Sharing Roma and Share Now.

All the apps will show you the nearest available car; you can book it several minutes before arriving so you’re not competing with anyone nearby.

If you’re looking for a nippier option to scoot past traffic jams, Ecooltra, Acciona and Zig Zag all let you rent electric and motorised scooters.

If you need a taxi in Rome and don’t want to have to traipse around in search of a stand, Free Now will allow you to summon a taxi to your location and pay via the app, much like Uber.

You can in fact also now use Uber to take a cab in Rome, as well as to book trips in advance – which might confuse you if you’d heard that Uber doesn’t work in Italy. 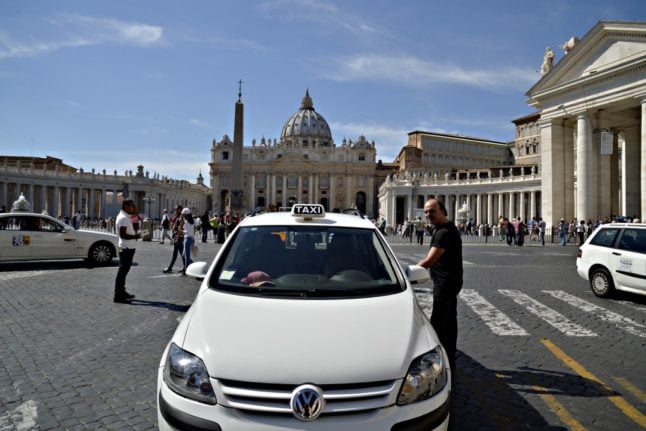 Apps make it easy to summon a taxi in Rome. Photo by Andreas Solaro / AFP)

It technically doesn’t, unless you want to pay over the odds for the luxury Uber Black service, but in July 2022 the company launched a partnership with Italy’s largest taxi dispatcher that allows users to hail ordinary taxis through the app in some cities, Rome included.

Others, like appTaxi and itTaxi, are also available, but Free Now still remains one of the most popular options – download here.

This recommendation comes with a big asterisk, because while mopeds and e-scooters can be a very convenient way of getting about the city quickly, they’re often misused in such a way that terrorises pedestrians and other motorists.

If you do make use of one of these apps, then, follow some basic etiquette.

Don’t go on the pavement or run down children and pensioners. Don’t dart out in front of cars or pedestrians and risk causing a collision. Don’t leave your ride in everyone’s way at the end. Be respectful.

There have also been a number of accidents in the last couple of years – particularly related to e-scooters – and if you’re new to Rome and unfamiliar with its traffic culture, you’re safest starting out on the cycle path by the river or in parks like Villa Borghese. 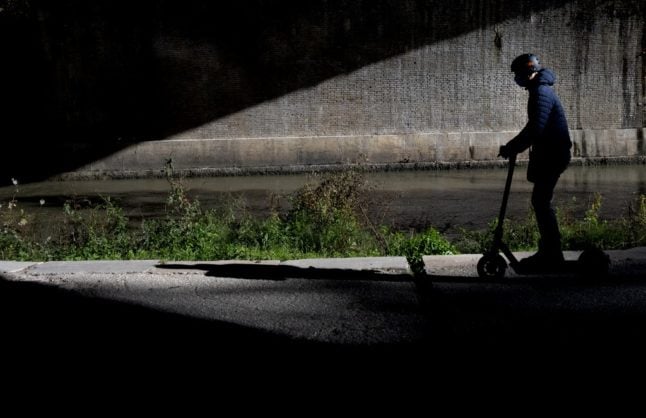 A man rides an e-scooter along the River Tiber bike path. Photo by Tiziana FABI / AFP.

Those provisos out of the way, these apps can provide a handy and reasonably environmentally-friendly way to get from A to B speedily and cheaply.

Lime is one of the most popular (if you already have Uber you can just use the Uber app, as they’re in partnership), but there are numerous others, including Dott, Bird, and Helbiz.

If you’re trying to get a table last-minute at a decent restaurant in Rome on a Friday or Saturday night, you may run into some trouble.

It’s disheartening to be brusquely informed by the sixth person in a row that your place of choice is al completo (fully booked) – and if your Italian isn’t great, you might struggle to even get that far.

That’s where The Fork comes in: enter your party size, the date and time you want to eat and the neighbourhood you’re looking in, and it will suggest only those places that still have space. One click and you’re booked.

As a bonus, some of the restaurants offer discounts of 20, 30 or even 50 percent if you book through the app. Download here: buon appetito.