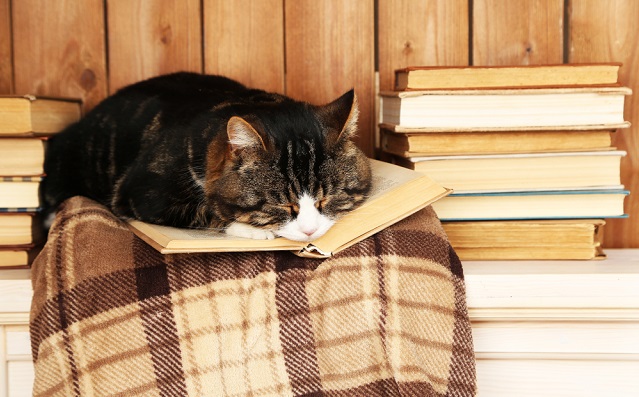 Reading novels by Italian authors also opens your eyes to the Italy beyond the tourist spots, as well as telling the human side of history you never touched on in school.

Elena Ferrante, author of the four 'Neapolitan novels' which document the friendship of two women in a changing Italy, is the best known contemporary Italian novelist, though her identity remains a secret.

READ ALSO: The best books about Italy in English

But the Naples of her novels is definitely real, and their popularity has lured tourists to the working class neighbourhoods depicted in the books for a taste of authentic Italy.

Here are five must-read Italian novels for readers who want to be transported to the Mediterranean nation. All of them are available in English translation, and most have also been adapted into films. They make great practice for Italian learners, and will help you pick up some dialect and regional idioms. The first of the four-part series begins the story of the friendship between Elena and Raffaella (Lila), as Elena finds out her friend has gone missing. She recalls their childhood together in the poor suburbs of Naples during the postwar period. The series follows the girls as their lives set off down different paths but remain intertwined, with the backdrop of an Italy undergoing significant change.

In Naples, you can visit many of the locations depicted in the novel and see how the differences between the old and new, rich and poor neighbourhoods remain stark in the city. Manzoni's classic is hailed as 'the first Italian novel' and several of its characters and quotations have become part of everyday Italian vocabulary; 'Perpetua', the name of the local priest's servant, is now a byword for a busybody.

The novel tracks the fate of an engaged peasant couple, Renzo and Lucia, who have to flee their hometown after a local tyrant takes an interest in Lucia. At its heart it is a love story so enduring that Pope Francis recommended all engaged couples read it before getting married, but it also tells the story of 17th century Milan and Italy – Spanish rule, the Thirty Years’ War, famine and the plague – through the eyes of ordinary people, who play their part in key historical moments.

Most Italians will have studied the novel at school and many will be able to recite one of its most famous passages, “Farewell mountains” or “Addio, monti”, which details the beauty of the Lombard landscape as protagonist Renzo leaves his (unnamed) village. Tomasi documents the decline of the island's aristocracy in his widely praised historical novel, set in the Risorgimento period which led up to the unification of Italy. He was in a good position to tell this story, being the last in a line of Sicilian princes himself, and the novel is largely based on the life of his great-grandfather.

Il Gattopardo follows the decadent Prince Fabrizio Salina and his family as they struggle to cope with the inevitable coming change.

The 'leopard' from the title actually refers to a different wild cat, now extinct in Europe and a symbol on the Di Lampedusa coat of arms – a symbol for the dying aristocracy, while Sicily's arid landscape may be seen as an allegory for the mindset of the nobility, unsuited to growth or renewal. Carlo Levi was an artist, activist and doctor, exiled to what is now Basilicata for opposing Fascism in the 1930s. This novel is basically a memoir of his exile, but it is more about the people of the village he stayed in than about Levi himself.

The title refers to a local saying, used to show how people in the south felt they had been neglected by Christianity, change and morality. As an educated northerner, Bassani is an outsider, but his depictions of the villagers are warm and sympathetic.

He describes the characters, setting, and local superstitions and rituals in detail but with a poetic touch. Levi's descriptions of poverty – and the closing section which focuses on his political musings on the state's neglect of the south – are so powerful that the book helped propel the Italian government to consider the 'Southern Problem'.

5. Giorgio Bassani – The Garden of the Finzi-Continis (Ferrara) This story of the early years of Fascism in Italy, and specifically in the northern city of Ferrara, is told by an unnamed narrator, who as a child builds up a friendship with the children of a wealthy Jewish family.

Though the garden in the title doesn't exist, if you visit Ferrara you'll be able to visit the Jewish museum, the synagogues in the novel as well as see plaques to members of the Finzi-Magrini family who partially inspired Bassani.

Ferrara was one of the first Italian cities to welcome Jews and allow them to practice their faith in Renaissance times, but most of Ferrara's Jews were deported to German concentration camps during the war; only one returned and the formerly thriving Jewish community remains small today. Bassani's novel has been called a 'novel of Ferrara' and it is firmly rooted in the city, telling the story of the narrator's childhood and unrequited desire for Micol Finzi-Contini against the background of Fascism.

OK, it's not a novel, but this collection of 200 Italian fables and tales is a perfect introduction to Italy for children and adults alike.

Each story is accompanied with a note explaining its origin, and you'll be able to trace themes; for example, many of the Venetian tales feature water and extravagant court scenes, while the tales from southern Italy often reveal influences from Greek mythology. You might also be able to spot the origins of certain Italian proverbs or sayings.

Calvino travelled round the country collecting the tales, translating them from local dialects and focussing on the native variants rather than those imported from abroad, so while some of the titles or plots may be familiar to you, there's a distinct Italian flavour. If you go on to read more of Calvino's work – he is one of Italy's most highly regarded and diverse writers – you'll see how his study of folklore inspired his later novels.