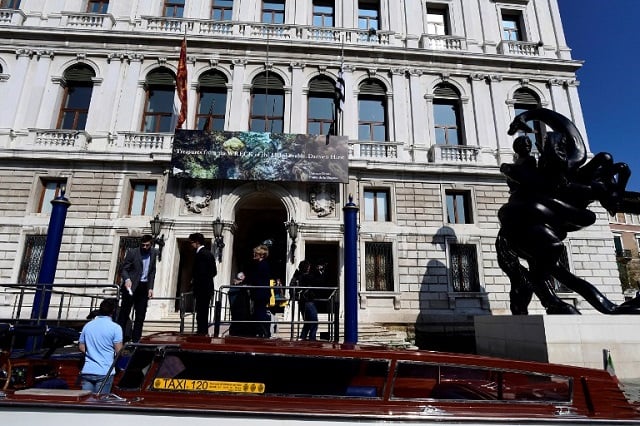 Washington has warned Damascus that further use of chemical weapons could bring fresh US military retaliation, following missile strikes against a Syrian air field.

The United States on Friday fired 59 Tomahawk missiles at the Shayrat air base near Homs, which the Pentagon said Assad's jets had used to launch a deadly chemical attack on rebel-held Idlib province that killed at least 87 civilians.

Washington's missile strike was the first time it had intervened directly against the regime of Assad, who is fighting a civil war with the backing of Russia and Iran.

Italian Foreign Minister Angelino Alfano, who is hosting the Group of Seven talks in Lucca, will convene a special meeting on Syria early on Tuesday, which will also include Turkey, the UAE, Saudi Arabia, Jordan and Qatar.

Italian media said the aim was “to avert a dangerous military escalation”. Alfano has already spoken by telephone with his Iranian counterpart, asking him to use his influence on the Syrian regime to avoid further attacks on civilians.

The G7 ministers said Monday they aimed to send a “clear and coordinated message” to Moscow, where Tillerson is due to hold talks with his Russian counterpart Sergei Lavrov.

At the outset of the gathering, British Foreign Secretary Boris Johnson described Assad as “toxic” and said it was “time for (Russian President) Vladimir Putin to face the truth about the tyrant he is propping up”.

Washington on Monday again warned Assad's regime not to carry out any more chemical attacks as it said the missile strike had destroyed a fifth of the Damascus regime's remaining warplanes.

“The United States will not passively stand by while Assad murders innocent people with chemical weapons, which are prohibited by international law and which were declared destroyed,” Pentagon chief James Mattis said in a statement.

“The Syrian government would be ill-advised ever again to use chemical weapons,” he added.

Mattis's warning came as White House spokesman Sean Spicer appeared to lower the threshold for new US action against Assad to include barrel bombs, a crude yet hugely destructive weapon of choice for the Syrian leader.

“If you gas a baby or drop a barrel bomb onto innocent people, you will see a response from” President Donald Trump, Spicer said.

But US officials later walked back Spicer's remarks. “Nothing has changed in our posture,” a senior administration official said.

“As the president has repeatedly made clear, he will not be telegraphing his military responses,” the official said.

May and Merkel “expressed support for the action of the United States and agreed with President Trump on the importance of holding Syrian President Bashar al-Assad accountable,” the White House said in a statement.

Downing Street said Trump and May had “agreed that a window of opportunity now exists in which to persuade Russia that its alliance with Assad is no longer in its strategic interest.”

The two leaders were looking to Tillerson's trip to Moscow this week as an opportunity to lay the groundwork for a “lasting political settlement,” May's office said.

Tillerson had already met with his Japanese, British and French counterparts on Monday evening ahead of a round-table meeting of the G7, which also includes Canada, Germany and Italy.

Several rounds of UN-backed peace talks have failed to end the Syrian conflict, which has killed more than 320,000 people since March 2011.

Iran and North Korea have slammed Washington's retaliation and put it on a direct diplomatic collision course with Moscow, where Tillerson heads on Tuesday.

Johnson on Monday called on Moscow to do “everything possible to bring about a political settlement in Syria and work with the rest of the international community to ensure that the shocking events of the last week are never repeated”.

French Foreign Minister Jean-Marc Ayrault said the pressing task for the G7 was to “find a political solution, a political transition” in Syria, particularly if the West wanted to triumph over the Islamic State  group.

Japan's Foreign Minister Fumio Kishida said he told Tillerson that Tokyo supports the US in its push to “deter the spread and use of chemical weapons,” and discussed the pressing North Korean nuclear threat.

Japan hopes the strong US response on Syria will also put pressure on Pyongyang, which is showing signs of preparing for its sixth nuclear test and more test-firings of ballistic missiles.