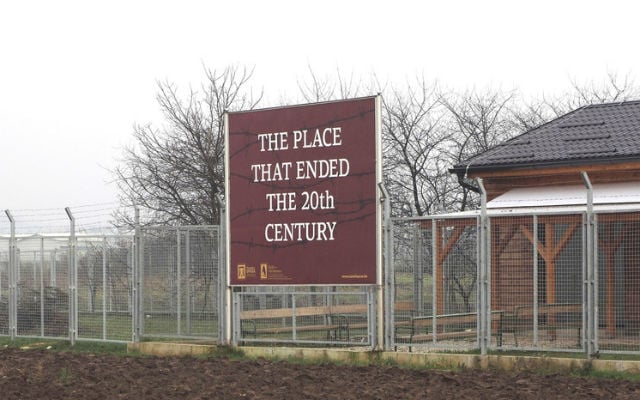 That would certainly be in keeping with what news organisations, politicians and research bodies have asserted in the past several years.

In fact, Europe has coped with comparable situations – not least the Balkan crisis of the early 1990s. It tends to be overlooked that the Yugoslav experience has informed EU refugee policy this time around. Arguably this has made the situation better than it might otherwise have been.

Asylum applications from Yugoslavs and Syrians While Germany, Sweden, France and Austria have recorded more applications in the more recent period, the opposite is true for the Netherlands and the UK. And since most northern European countries’ populations rose between the early 1990s and the early 2010s, the overall difference will also be less as a proportion of populations as a whole.

Asylum applications as a whole The northern European media have nevertheless given much more prominence to the latest crisis. Partly this is because those seeking protection in the early 1990s mainly came by car, bus or train. In more recent years, many asylum seekers have taken to the seas to get around Europe’s strict visa laws. Images of distressed boat migrants played out in the media before millions of viewers. It became a border spectacle, which encouraged perceptions of migrants’ illegality in the process.

The fear of Islamic terrorists posing as refugees also differs substantially nowadays. Although many Muslims from Bosnia and outside Europe applied for asylum in the early 1990s, their religious background was not such an issue.

Following 9/11 – and numerous other Islamic terrorist attacks in the West – debates about immigration and asylum have become far more security and culturally oriented. This has frequently been driven by anti-immigration parties such as UKIP in the UK, France’s Front National and the Partij voor de Vrijheid in the Netherlands.

These parties did sometimes break through in northern Europe in the early 1990s. The Freiheitliche Partei Österreichs in Austria attained 22% of the national vote in 1994, for example. Nevertheless these parties have become much more media savvy and presentable, as demonstrated by Marine le Pen in France and the Brexit success in the UK. This has been heavily assisted by the economic crisis and a sense of disillusion with mainstream politics.

EU in the dock

The anti-immigration parties attach much blame to the EU for allowing too many people to come in and failing to control what happens at borders. The truth is rather more complicated.

During both crises, many European states have adopted a beggar-thy-neighbour attitude to asylum. States, including Germany, that encouraged joint European responses have borne most of the burden. In 1994 Germany proposed a pan-EU distribution system for asylum seekers. Other EU members, especially the UK and France, opposed this – despite receiving relatively few applicants. In the end, the EU shelved the idea.

The likes of the Germans and Swedes perceived that the EU’s lack of power over immigration asylum policy was part of the problem, so they sought reform. As a result, the EU’s influence on the immigration and asylum affairs of member states has since developed significantly. The 1997 Dublin Convention requires asylum seekers to apply for protection in the first EU country they enter, while the 1999 Common European Asylum System attempted to harmonise the whole asylum process.

Another lesson post-Yugoslavia was that instead of relying on the likes of the British, you seek alternatives. So instead of any move towards proper collective responsibility for EU asylum seekers, the southern and central European states have taken more responsibility while the north’s commitment has stayed the same.

Southern EU countries, notably Greece and Italy, agreed to this in the 2000s because they had few refugees and wanted to implement a comparable system to the northern states over time. Newer EU states joined too late to influence negotiations. You can see the consequences in this graph:

Applications in Hungary, Greece and Italy Not only has the EU therefore reduced northern member states’ asylum burden, with Angela Merkel to the fore it successfully negotiated an agreement with Turkey last March. This helped greatly reduce the numbers making the sea voyage to Greece, cutting all boat voyages to Europe by roughly two-thirds in 2016.

This has not solved the problem. The numbers dying at sea actually increased in the same period despite this agreement because the journey from Libya to Italy is much more dangerous. It remains difficult for the EU to strike a deal with Libya – the country’s civil war is ongoing and it has never signed the UN Refugee Convention. Migrants also tend to be treated appallingly in Libyan detention centres.

Many EU states are nevertheless seeking a way around this problem –a plan was agreed earlier this year to curb refugee numbers from Libya. Expect further debate about such initiatives once peak season begins.

In short, what separates the current refugee crisis is not its scale. It is that it has occurred during a perfect storm of other factors: the economic crisis, the rise of anti-immigration parties, and a media increasingly desperate for readers and arguably resorting to ever uglier coverage to keep them.

Look beyond this and the northern European countries have clearly tried to learn from the past. The real question is whether the fix is workable – in particular, the shifting of some of the burden to southern and central European states. It is not at all clear whether they have the capacity to cope with it.

This article is part of a series on sustainability and transformation in today’s Europe, published in collaboration with EuropeNow Journal and the Council for European Studies (CES) at Columbia University. Each article is based on a paper to be presented at the 24th International Conference of Europeanists in Glasgow from July 12-14 2017.