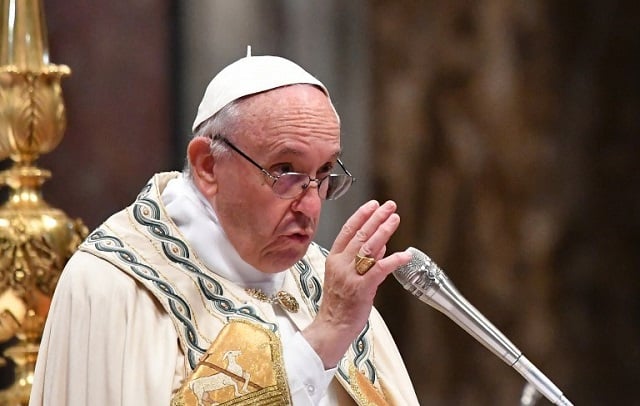 Ten-month-old Charlie Gard, who has brain damage, is shortly to be taken off life support after a ruling against his parents by British courts and the European Court of Human Rights.

His parents had been fighting to take him to the United States for treatment for his form of mitochondrial disease, but the courts ruled that he should be allowed to die with dignity.

“The Holy Father follows with affection and emotion the affair of little Charlie Gard and expresses his closeness to his parents,” the Vatican said in a statement.

“He prays for them, hoping that their desire to accompany and care for their child until the end is not disregarded,” it said.

The Italian term used – “curare” – can be translated as “care for” or “treat” but the Vatican press office could not provide an official translation into English.

Great Ormond Street Hospital for Children in London, which has been treating Charlie, issued a statement on Friday following the European court's decision which did not specify when life support would be removed.

“Together with Charlie's parents we are putting plans in place for his care, and to give them more time together as a family,” it said, asking for privacy for the baby's parents.

The courts had ruled that keeping the baby on life support would only prolong his suffering as there was no hope of his recovering from the disease which causes progressive muscle weakness, including in key organs such as the heart.

A small group of hundred protesters held a demonstration outside the gates of Buckingham Palace in London on Sunday, shouting “Save Charlie Gard” next to a banner that read “Murder”.

READ ALSO: Trump promises to promote peace after 'fantastic' meeting with the pope

PARTNER CONTENT
Have you fallen down the self-diagnosis rabbit hole?
Url copied to clipboard!