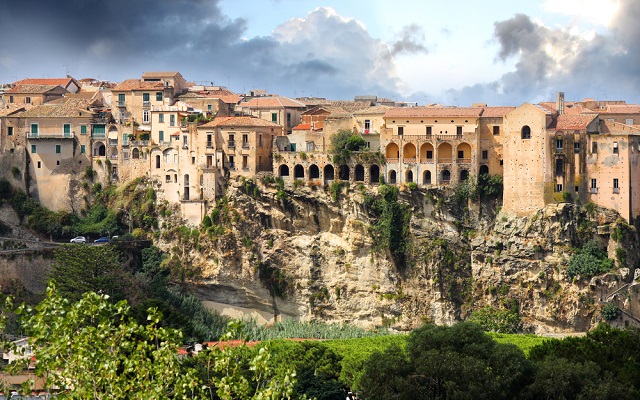 Judges in the country's deep south have been placing the offspring from Italy's most powerful criminal organization into care in a bid to save them from following their grandfathers, fathers and uncles down the path to prison.

Initially the project sparked controversy, with the Church in particular protesting the tearing of children from homes.

But four years after it launched in the crime-plagued Calabria region, the government has signed a protocol which will not only unlock fresh resources but could also see the scheme applied nationwide in other mafia strongholds. Dubbed “Liberi di Scegliere” (Free to Choose), the programme has so far seen 40 youngsters sent to live with foster families or in communities in secret locations across the country where they learn about life beyond the clans.

“The issue is extremely delicate and we're walking a thin line,” admitted Interior Minister Marco Minniti, as he presented the new protocol this weekend along with Justice Minister Andrea Orlando.

“And yet there are situations in which a country's democratic institutions have to intervene in intra-family relations to guarantee the freedom of minors,” he said.

The name 'Ndrangheta comes from the Greek for courage or loyalty and the organization's brutal enforcement of codes of silence make it very difficult to penetrate – and equally as difficult to leave.

Judge Roberto Di Bella, who launched the project at the juvenile court in Reggio when he realised the minors coming before him were the children of those he had put away in the 1990s, told AFP “the results have been extraordinary”.

“The kids go back to school, they take part in socially useful activities, they reveal talents and potential that had been repressed by their sphere of provenance,” he said. A protestor holds a placard reading “Fight every kind of mafia” during a protest. Photo: Filippo Monteforte/AFP

The youngsters who qualify are those considered to be on a fast-track to joining the family business, whether they are arrested for smuggling Kalashnikovs or their parents are caught on wiretaps training them in mafia codes.

Most are sent into the programme when they are 15 or 16 years old and stay until they turn 18.

“The idea is to make them understand jail is not an obligatory step or a medal to be worn with pride,” Di Bella said.

There has been another unexpected consequence: a maternal rebellion. Mothers have approached the court in secret to request their children be sent away or ask to be sent away themselves. Others have turned informant.

The new protocol will see specialised teams of psychologists, social workers, tutors and foster families set up and financed by the region to transform the largely ad-hoc process into “an anti-mafia educative task force”.

Psychologist Enrico Interdonato, 33, has supported three of the teenagers during their placings and said the government's support was vital in ensuring more therapists are trained in the specialist area of mafia children.

“They are emotionally rigid, raised to be 'hard men'. The important thing is to take them to a place where their surname has no resonance so they can stop being heirs to a dynasty and get to know themselves,” he told AFP.

Once he has earned their trust and feels they are ready he introduces the teenagers to people he has worked with who have been victims of organized crime. He also helps them get and hold down jobs.

The 'Ndrangheta has surpassed Sicily's Cosa Nostra and the Naples-based Camorra thanks to its pivotal role in smuggling cocaine from South America into Europe, but the other historic crime groups are still powerful.

Justice Minister Orlando said the project was working so well it may be extended beyond mountainous Calabria to save children in their clutches too.

“A path has been laid that should be followed,” he said.