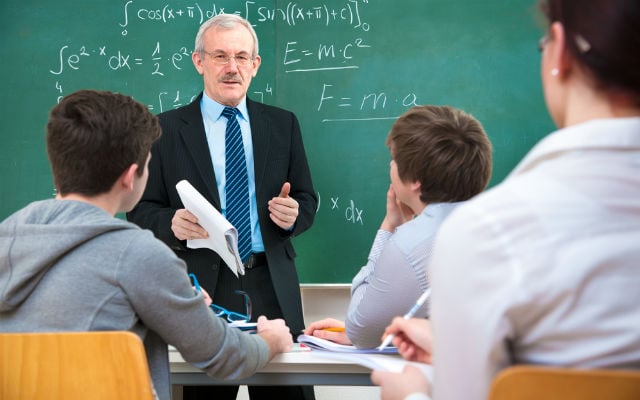 “Our European colleagues work less than us Italians on average, despite the fact that they receive higher salaries,” states the petition.

The call to action on online activism site change.org argues that Italian primary and secondary school teachers are employed under “precarious” temporary contracts, have worse working conditions than their EU equivalents and do not have access to the same career development opportunities afforded to teachers in other major eurozone economies.

The European Court of Justice in 2014 ordered the Italian government to improve the contracts of the more than 125,000 teachers that are employed under temporary contracts.

Unions protested against the reform at the time, and Italian schools have continued to suffer from lack of funding.

In 2016, around a quarter of Italian schools failed hygiene tests, and concerns about their structural stability were thrust into the spotlight be the earthquakes later that year, in which some schools supposedly updated to anti-quake norms collapsed.

According to data provided in the petition, Italian primary school teachers earn around €23,000 as a starting salary, less than their equivalents in France, Spain, Sweden or Germany.

Primary teachers are also paid more in their first and final years in Finland, Austria, Portugal and Belgium, states a chart in Repubblica.

A starting salary for a primary school teacher in Italy is €22,394, where as an end-of-career salary for a teacher is €37,799. This compares badly with the equivalent EU average figures of €25,249 and €46,745, according to Repubblica report.

The state is due to sit down with trade unions in September 2017 to negotiate the first pay increases for for state functionaries in eight years, according to money.it.

The petition, which has already amassed nearly 7,000 signatures, was sent to Valeria Fedeli, Italy's minister for education.

“The time has come to value our teachers in the right way,” wrote Pietro Lepore from Bari in a comment below the petition.

The petition was launched by Ilenia Barca, a 40-year old teacher from Nuoro in Sardinia. “We are a group of teachers scattered all over Italy,” Barca told Repubblica about the petition's sponsors.