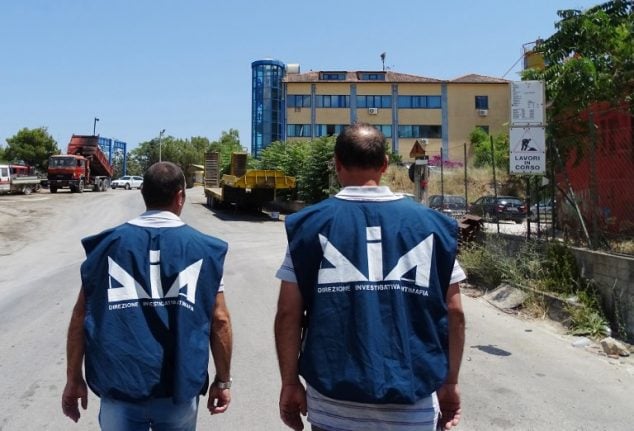 Sunday will see the populist Five Star Movement (M5S) challenge the incumbent centre-left Democratic Party (PD) and a resurgent centre-right for leadership of one of the oldest parliaments in the world.

The days of shootouts and car bombs may be gone, but Cosa Nostra has been growing fat instead on political deals.

“We have greatly weakened the military apparatus of the mafia, the massacres are over, murders are rare. But the mafia has undergone a genetic modification,” Cartosio told AFP.

“The political sector has lent itself greatly to… [organised crime's] infiltration of the social fabric” and, as a consequence, “the mafia presence in the political sphere is much greater than before,” he said.

With so-called “unpresentables” across the political spectrum – candidates who are under investigation for corruption, charged with ties to the mafia, or standing trial for vote buying – fears of vote-buying are rife.

'A whole host of crimes'

In his 35 years as a prosecutor, Cartosio has seen politicians involved in everything from embezzlement to murder.

“The quality of political representatives in Sicily has not been very inspiring recently from a judicial point of view,” he says wryly, noting that “numerous politicians have been given heavy sentences for a whole host of crimes”.

And the situation is worsening, with “an ever greater number of people entering politics that have run-ins with the law”.

Cartosio, who began his career in Termini Imerese before moving to the DDA national organization of anti-mafia prosecutors in Palermo, said part of the problem was the “staggering rise in relationships between electors and politicians based almost exclusively on personalities”.

This has resulted in “local groups, lists, small parties, that are created in less than no time”, making it difficult to verify the backgrounds of politicians that pop onto the scene at the last minute.

Italy's anti-mafia commission has said it does not have enough time to check whether Sunday's candidates are clean.

The Sicilian countryside bears the scars of wide-ranging mafia rackets, from the skeletons of abandoned buildings, to burning mounds of rubbish in illegal garbage sites and unused wind farms blanketing farmland.

Politicians' tendency “to turn a blind eye in an attempt to pocket votes” has aggravated the situation, says Cartosio.

And the battle is not only against “Cosa Nostra” – the Mafia made famous in the Godfather films – but also the “Stidda”, a rival group formed by former Cosa Nostra members during the Second Mafia War of the early 1980s.

“The mafia is less military, less bloody than before, but it's very efficient,” Cartosio says, adding that it will take more than locking up today's criminal leaders to free the island from the grip of organised crime.

“The mafia exists because there's a mafia culture. As I always say, where there's a swamp there will be mosquitoes.”