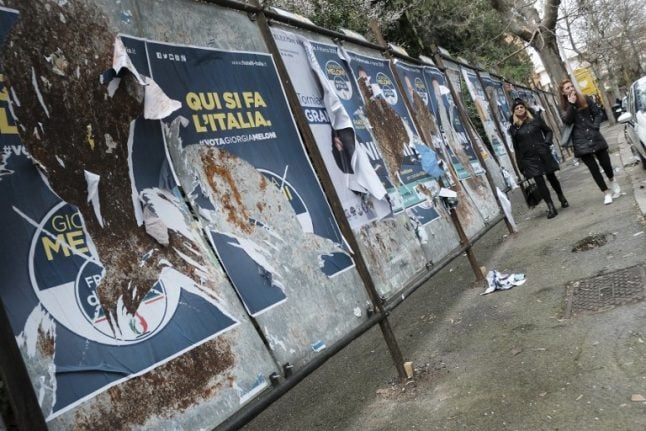 The respite from Germany was short-lived with the advance in Italy of the anti-establishment Five Star Movement and far-right, anti-migrant eurosceptics.

Analysts said the EU would now be split between those like French President Emmanuel Macron who say the answer to populism is bolstering Europe and others who will claim that any further EU integration must be abandoned, at least for now.

“You will have people against striking a reform deal, saying that now, especially with this mess in Italy, it is not the right moment for taking up risks,” said Janis A. Emmanouilidis, research director at the European Policy Centre in Brussels.

Meanwhile “there will be others who will say if you look at Italy and the anti-establishment voters fed up with the economic situation and migration, that we simply can't pretend to go on as we are,” he added.

Pressure to reform the EU and deepen ties among the soon-to-be 27 member states mounted in 2016 with the populist-fuelled vote in Britain to split from the bloc.

The populist narrative slowed last May when Macron came to power in France promising to end “business as usual” in Europe with a series of ambitious proposals.

But momentum for change was thwarted almost from the start in Germany when an uncertain election result in September forced Merkel into tortuous coalition building that finally ended on Sunday with a deal with the SPD centre-left.

Now Italy could be the impediment to change, analysts said.

“With M5S and the eurosceptic League performing better than expected, further progress on European integration could be difficult,” said Jack Allen of macroeconomic research firm Capital Economics. “For example, they will push back against efforts to increase Italy's contributions to the EU budget after the UK leaves the union,” he added.

The biggest pressure on Europe will be on fixing migration, with Italy on the frontline of the wave of migrants from Africa, which hardened anti-EU sentiment in Sunday's vote. Under the EU's controversial Dublin process, frontline states suffer the brunt of the influx, fuelling xenophobia in countries such as Italy and Greece.

“Against the migration flow, the EU did not meet the call of duty due to fears over national sovereignty. Italy suffered the consequences,” said French MEP Jean Arthuis on Twitter.

This issue was further worsened by the economy, with Italy still an EU growth laggard despite adopting big reforms demanded by Brussels that have yet to deliver widely felt benefits.

Faced with that failure, analysts said the most imminent danger was that a populist-run Rome would increase spending to deliver on campaign promises in disregard of EU rules.

“This will create more friction between Rome and the European Commission,” said Federico Santi of the Eurasia Group risk consultancy. “Italy is already at risk of failing to comply with EU-mandated fiscal targets, and any additional slippage may result in [sanctions by Brussels].”

But others said it was the economy that could very well keep Italy in line, as was the case in 2011 when longtime premier Silvio Berlusconi was forced to resign after the financial markets turned on him.

“Euro exit, let alone EU exit, remain very unlikely,” said Santi, adding that the difficulty of the populists to build a stable government “may last well into the spring”.

In the end, “the good news out of Germany yesterday – the SPD's approval of the coalition treaty” may well end up being the most consequential, said Loredana Federico, chief Italian economist at Unicredit, in a note to clients.

“Any tentative plan… to put Italy on a collision course with that idea… will most probably face difficulty,” she added.