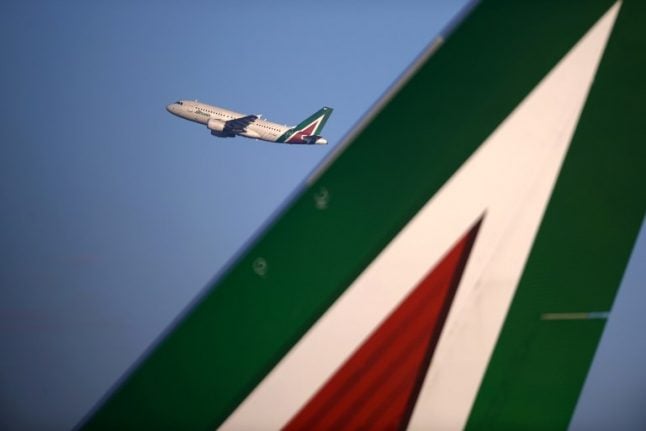 The Italian government has been looking for new investors in its struggling flagship airline since it entered insolvency proceedings last year, hit by competition from low-cost operators.

The situation is further complicated by March's inconclusive general election, from which no new government has yet been found.

“Alitalia is still fragile and needs a partner. There's a chance to work on these offers and arrive at a structural solution that doesn't cost taxpayers anything more,” Economic Development Minister Carlo Calenda told the La Repubblica daily.

“Objectively speaking, however, Lufthansa's offer is the most promising.”

READ ALSO: EasyJet one of three airlines in the running to take over Alitalia

Alitalia was put under special administration in May after staff rejected plans to cut 1,700 jobs and salaries, and last week was the subject of three expressions of interest, with Britain's budget airline EasyJet one of the other companies keen.

EasyJet presented a “revised expression of interest for a restructured Alitalia, as part of a consortium,” without providing further details.

Italian media claimed that private equity firm Cerberus and the American airline Delta were EasyJet's partners and that the third expression of interest was submitted by Hungarian carrier Wizz Air, who declined to comment when asked about the matter by AFP.

However, Calenda said that any sale was contingent on a new government somehow emerging from the political deadlock.

Two rounds of consultations held by the Italian President Sergio Mattarella came to nothing, as anti-establishment Five Star Movement (M5S) and a right-wing coalition led by the far-right League bicker over who should lead a new government and on what terms.

The deadline for sale of Alitalia was originally the end of this month, but the government will issue a decree in the coming weeks pushing back that deadline by around six months while Mattarella searches for a solution to the stalemate.

“We need a new government, otherwise the investors will not buy,” Calenda said to La Repubblica.

However, both the League and the M5S have want to retain the “Italianness” of Alitalia, which employees around 11,000 people.

Last week a Lufthansa spokesman told AFP that they had “submitted a document describing ideas for a restructured 'NewItalia'“, while stating that Alitalia as it is today “is not interesting”.

The spokesman said that the document was received well enough that “we can imagine further discussions”.

The Lufthansa group – which includes Lufthansa, Eurowings, Swiss, Brussels  Airlines and Austrian Airlines – reported record profits for 2017 last month, celebrating a year in which it ended a dispute with pilots and acquired parts of defunct rival Air Berlin.

Net profits rose 33.1 percent to hit €2.36 billion, higher than the €2.28 billion predicted by analysts and results hailed by chief executive Carsten Spohr as “the “best result in the history of our company”.

However, Lufthansa asks that the commissioners responsible for managing Alitalia carry out a profound restructuring before any possible acquisition.

Last week Calenda welcomed an improved proposal from Lufthansa, “both in terms of maintaining intercontinental links and staff”.

Italian media claims that Lufthansa has lowered the number of aviation jobs it wants removed to 4,000 of the current 8,400. Previously they had planned on 6,000 redundancies.