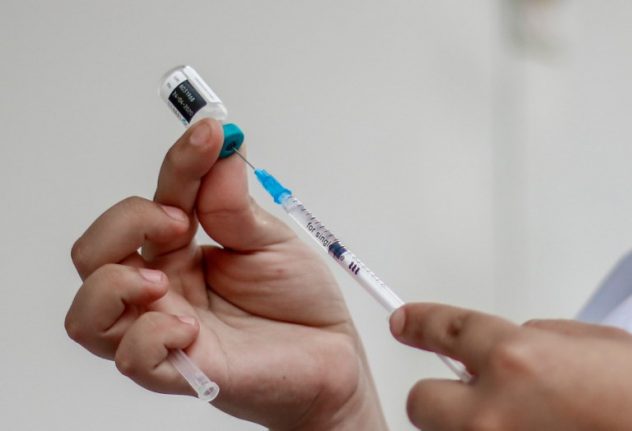 The boy has a weakened immune system after undergoing nine months of chemotherapy treatment for leukemia, meaning he cannot be vaccinated and exposure to a disease such as measles would put his life at risk.

Local authorities have intervened after the boy's parents complained that 30 percent of the pupils in the school, in the San Giovanni area, have not been vaccinated.

Five pupils in his class have not been vaccinated, Corriere della Sera reports, two of whose parents said they were against vaccinations.

The Lazio regional government warned the school that it must ensure safe conditions for the child to access to the facilities.

Regonal president Nicola Zingaretti described the case as “absurd”, writing on Facebook that “the region will do everything it can so that the child can go back to school as soon as possible… because it is a question of civilisation.”

There was widespread confusion among parents as to whether or not vaccinations were required for children starting school this year after a series of amendments and U-turns by the government.

The current government had promised to drop a law adopted by the previous government that banned children from starting pre-school unless they had received jabs against ten diseases, including measles, tetanus and polio. File photo of a nurse preparing a syringe to vaccinate a young boy. Photo: Sergei Supinsky/AFP

There's a large and growing anti-vaccine movement in Italy, and a lower number of vaccinations is thought to be one of the factors behind an increase in measles cases.

Last year Italy accounted for nearly a quarter of all measles cases in Europe, according to the World Health Organization.

And the Five Star Movement, part of the ruling populist coalition government, has been heavily criticised for its role in raising doubts over the effectiveness of vaccinations.

While both Five Star leader Luigi Di Maio and League leader Matteo Salvini say they are in favour of vaccines and have vaccinated their own children, they call the current vaccine law “coercive” and criticise it for restricting children's access to education.

PARTNER CONTENT
One size does not fit all: How leadership has changed in the international age of Zoom
Url copied to clipboard!