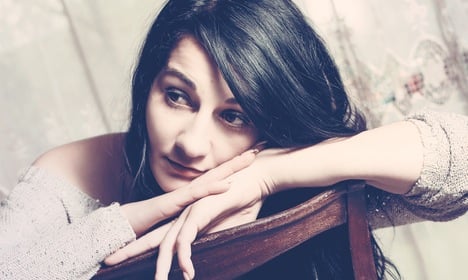 The moment when you realize you'll never be mistaken for a native. Photo: Pexels.

You’re not alone. Achieving true fluency in a second language is tough, and even if you’ve shaken off your native accent and use Italian daily with your friends and colleagues, there are usually a few complex bits of the language you’re never sure if you’re using correctly, and most likely have given up caring.

Here are 35 of the signs that you’ll never be truly fluent.

QUIZ: Are you fooled by these Italian ‘false friends’?

1. You face a dilemma every time someone asks ‘Parli italiano?’  Do you nod, and risk causing confusion when you’re instantly thrown by their next question, or say no, admitting to them and yourself that the hours you spent studying verb conjugations were basically worthless.

2. Speaking of verb conjugations, you’re still not quite sure about when to use the imperfect tense, passato prossimo or even the passato remoto.

3. …But you rarely opt for the latter, because you never did learn the millions of irregular forms.

4. It annoys you that the word ‘annoiato’ doesn’t mean ‘annoyed’ and that a ‘fattoria‘ isn’t a factory.

5. Or perhaps you’re familiar with most ‘falsi amici‘, but are still guilty of using ‘eventualmente’ (which means ‘possibly’) or ‘attualmente’ (currently) in the wrong way. The feeling you get after realizing you just sent an email with several mistakes. Photo: Jazbeck/Flickr

6. You find yourself writing things like ‘communicazione’  and ‘respondere’ and curse the days when you used to think ‘Italian’s so easy, most of the words are basically the same as in English’.

7. You had to read the above sentence several times to figure out what was wrong (it’s comunicazione and rispondere).

8. ‘Nessuna problema’. You always forget that ‘problema‘ is a masculine noun. The same goes for cinema, tema and the rest of the words in that group of irregulars.

READ ALSO: How to use the word ‘problema’ properly

9. During arguments, you struggle to piece together a sentence, let alone the well-crafted point you wanted to express. Instead, you stick to hand gestures – hey, at least that’s something.

10. You either avoid using ‘ne’ altogether, or are never totally sure if you’re using it correctly.

11. You’ve accidentally used ‘tu’ with your university tutor or boss, or mixed up ‘Lei’ and ‘tu’.

12. When you bravely attempt to use some of the slang your Italian friends have taught you, they laugh because you’ve said it wrong or it just “sounds so cute in your accent”. Instead of mastering grammar, you’ve focussed on more important parts of Italian culture. Like the food. Photo: Tiziana Fabi/AFP

13. You have some kind of embarrassing story about the time you asked if there were ‘preservativi’ in your food, or failed to pronounce the double ‘n’ in ‘penne‘. (Clue: ‘preservativi‘ means condoms, not preservatives, and ‘pene‘ with a single ‘n’ refers to a man’s genitals)

14. When words start with a vowel, you still have to take a moment to remember whether you can just use ‘un’, or if you need to put in an apostrophe.

15. You say things like ‘Non posso usare i verbi modali’, forgetting that modal verbs are much less common in Italian (for example, ‘non riesco a parlare italiano’ or simply ‘non parlo italiano‘ would sound much better than ‘non posso parlare italiano‘, which implies there is something physically stopping you from doing it.)

16. ‘Vado a casa. Vado al cinema.’ Why the difference? You’ve resigned yourself to the fact you’ll never know.

18. The same goes for the possessive pronouns ‘mine, yours’ in Italian. It’s much more natural to say ‘ho perso la borsa‘ (I’ve lost my bag) than ‘ho perso la mia borsa’ which is more emphatic (I’ve lost MY bag).

19. You innocently begin a sentence like ‘Se avessi potuto aiutare…’ before realizing you’ve set yourself a horrible trap and now have to figure out which tense to use next. Is it ‘avevo detto qualcosa?’ ‘avrei detto qualcosa?’ or something completely different? You thought you understood, but when you look over your notes you realize it just doesn’t make sense. Photo: CollegeDegrees360/Flickr

20. Frankly, you’ve given up hope – or at least, given up talking about it. You kick yourself every time you blurt out ‘spero che’, because now you’ll have to use the long-forgotten subjunctive tense. Tip: replace ‘che’ with ‘di’ and you can use the infinitive, just as long as the subject is the same for both verbs. Sneaky!

21. Knowing when to use or omit the definite article is guesswork more than anything, and you find yourself wanting to throw your unhelpful grammar book at your unhelpful teacher when they say things like “it just depends”.

22.You rehearse your answers for conversations you’re going to have, and get annoyed when the other person veers off-script. You weren’t prepared for this!

23. You can get by just fine with your group of Italian friends, but panic when faced with phone calls… and let’s not even mention the hundreds of different dialects.

24. Maybe you’ve begun to lose your native accent, but you’re rarely mistaken for an Italian. People comment on your “unusual dialect” and make guesses at where you might be from.

25. Figuring out whether an ‘ire’ verb is going to conjugate like ‘finire‘ or ‘dormire‘ is one of life’s little mysteries.

26. In general, you think Italian plurals are pretty easy but you sometimes forget to add a ‘h’ after ‘c’ or ‘g’ in feminine plurals like ‘amiche‘.

27. You still don’t know where the ‘à’ and ‘ù’ accents are on the keyboard, because you usually just ignore them (or forget they’re even there…) 30. You’re pretty sure you know when to use ‘magari‘ and ‘mica‘ but still feel nervous about casually slipping them into conversation.

31. You steer clear of compound words like ‘datemelo’ because you’re never sure what order everything should go in. Instead you usually end up plumping for something you know a native would never say, like ‘Puoi dare lo a me?’ Whatever, people still understand what you mean – most of the time.

READ ALSO: Ten untranslatable words that only exist in Italian

32. You sometimes forget that ‘gente‘ (people) is used in the singular, ie ‘la gente pensa che…’

33. To be or not to be? Whether it’s not knowing whether to use ‘avere’ or ‘essere’ in the perfect tense, or saying something like ‘sono 18 anni’ or ‘sono calda‘, it really is the question.

34. You’re pleased with yourself for using the verb ‘piacere‘ correctly almost all the time, but sometimes forget that it has to agree with the object. So saying ‘mi piace il libro’ is fine, but ‘mi piace i libri’ is not – it’s ‘mi piacciono‘.

35. Finally, you’ve accepted that you’ll never pass for native and no longer consult your grammar book every time you want to say something. Instead, you focus on expressing yourself as best you can and accept that sometimes you’ll say something that sounds a little bizarre – and all the Italians you know are fine with that.

A version of this article was first published in 2016.