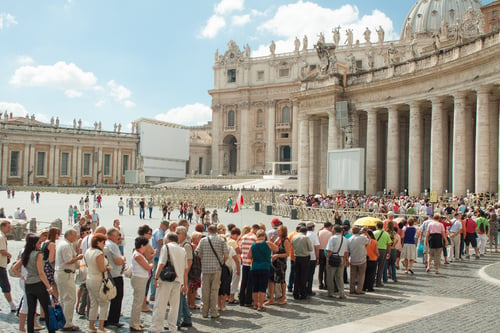 94 million tourists spent a total of 216 million nights in Italy last year, according to new figures released on Thursday.

This was more than the 140.7 million nights spent in France. Though Spain still ranks as the most popular European destination overall with a total of 301 million.

The figures will be controversial in France, which is known for being the most visited country in the world.

But as the new Italian government figures only counted visitors from within Europe, it remains unclear whether Italy now brings in more tourism overall.

The most recent study of global visitor numbers to Italy, using data from 2017, showed that the country had 420 million overnight stays – fewer than the 429 million recorded in France for the same year.

Tourism in both Italy and France is still on the rise, the new study confirmed.

France saw the biggest increase – 5.4 percent – while Italy grew by 2.8 percent. In contrast, the number of people visiting Spain dropped by 1.66 percent, it said.

The Italian government figures, which only looked at European nations, showed that the highest number of EU tourists came from Germany, followed by France. The UK was third.

Crowds at the Spanish Steps in Rome. Photo: Depositphotos.

The food and wine tourism sector continued to be the most profitable of all.

The study's authors found that “the daily per capita expenditure for a food and wine holiday is in fact in our country is about 117 euros. Meanwhile it was 107 for trips to the mountains and 91 on the coast.”

Visitor numbers are only expected to keep growing. Many in the tourism industry predict 2019 will busier than ever in Italy, partly thanks to a growing Chinese tourism market.

Revenue from tourism, too, is growing. International tourists added €41.3 billion to the Italian economy last yar, equivalent to boosting the GDP by 1.5 percent.

But while it may be profitable, mass tourism, most of it to only a handful of crowded Italian hotspots, takes a considerable toll on quality of life in those areas.

It's even putting the survival of Italy's heritage at risk – despite it being key to Italy's high profile as a travel destination.

An anti-tourist movement is growing in some of the country's most crowded beauty spots, including Venice, where there are often protests against cruise ships, and the towns of the Cinque Terre, where local residents have protested against overcrowding.

The Italian government has also said it aims to promote smaller destinations and authentic craftsmanship, gastronomy and wine tourism as a way of better dispersing visitors and revenues.

“We don't need to attract more tourists,” Francesco Palumbo, national director of tourism at Italy's Ministry of Culture and Tourism.  told Travel Quotidiano, “but we have to orientate ourselves towards quality tourism adapted to what Italy has to offer.” 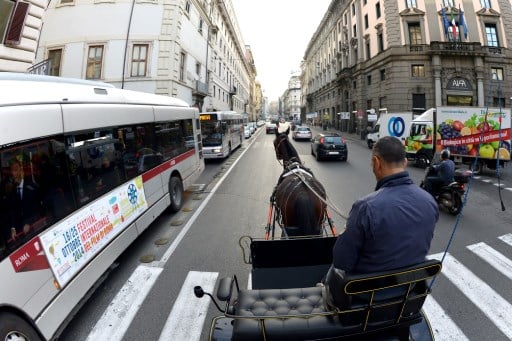 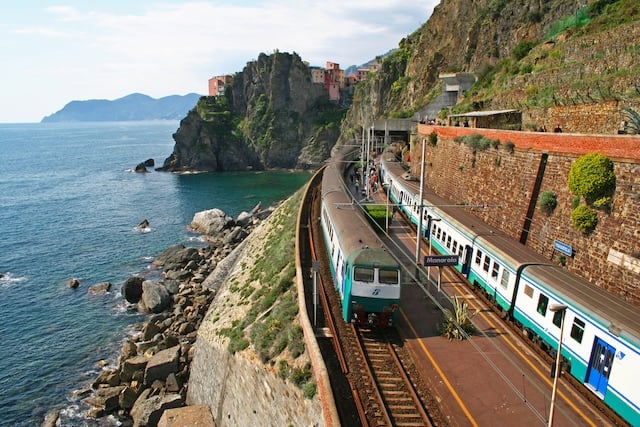