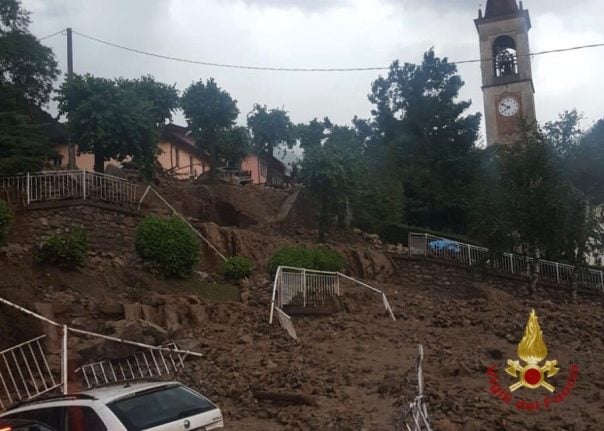 A state of emergency was declared on Tuesday night in Casargo, a comune in the mountains to the east of Como, after heavy rain caused the Varrone river to burst its banks for at least the second time this summer.

FOR MEMBERS: How to survive a summer in Italy

Mountain rescuers, firefighters and other emergency services worked through the night to move people to safety. No injuries were reported, though torrents of mud caused damage to property, swamped parked cars and blocked roads.

Mudslides, thunderstorms, hail and gales were also reported in the Alps further east.

In the South Tyrol city of Bolzano, where winds of up to 72 km/h were reported and 27 millimetres of rain fell in just 20 minutes, authorities said it was the worst storm on record since June 2008.

Storms are forecast to continue across the north of Italy until Thursday evening.

Parts of the Lombardy region have been put on orange alert for further flood risks today, while a swathe of the north stretching across Piedmont, Lombardy, Valle D'Aosta, Friuli-Venezia Giulia and Veneto are on lower yellow alert.

Meanwhile, at the other end of the country, parts of Sicily were forecast to swelter at 41 degrees C on Wednesday.

Between heatwaves and freak storms, Italy has had several months of extreme weather that have already left several people dead and caused millions of euros' worth of damage to the country's agriculture.